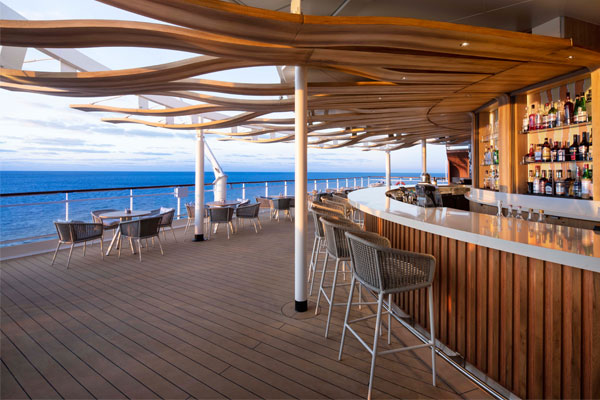 Celebrity Summit emerged from a 38-day dry dock in March with new cabins, suites, venues and a blue hull, in the second major upgrade to the Millennium-class ship since its launch in 2001. Its modernisation was part of a $500 million programme to close the gap in quality between the fleet’s older ships and Celebrity Edge. The ‘Celebrity Revolution’ programme is ongoing and will end when Celebrity Reflection comes out of dry dock in March 2023. 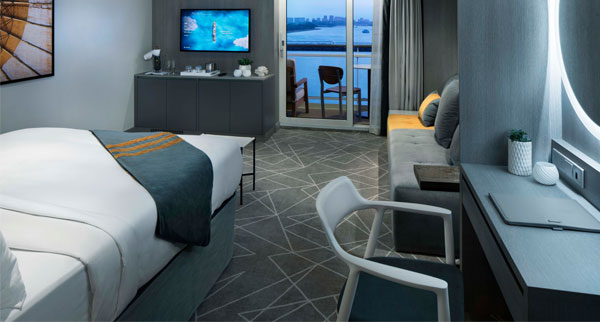 Every cabin on the 2,218-passenger ship has been refurbished – not to mention the 30 additional staterooms that have been installed. Celebrity Cruises employed Hirsch Bedner Associates to design the staterooms and turned to designer Kelly Hoppen to refresh the suites. The transformation from a dated wood finish to a design, described as ‘timeless’ by Celebrity, is startling. Hoppen has opted for the kind of the sleek, contemporary style that she made her name with, and the calming colour scheme improves the lavish rooms immeasurably.

Main dining room Cosmopolitan Restaurant and buffet area Oceanview Cafe have been given an overhaul. Once again, the line opted for a lighter, more vibrant decor for both venues. The ever-popular fusion restaurant Qsine has also been introduced, where dinner will set you back $45 but the price is well worth it for the experience alone. Eye-catching dishes such as ‘sushi lollipops’ and ‘painter’s mignon’ are on the menu in the eccentric restaurant, where the lighting is kept low and the food is so weird and wonderful it quickly becomes the sole focus for those around the table. For the Cosmopolitan Restaurant, it’s out with the dark maroon layout, in with the light soft colours also seen in the staterooms and suites, and by ditching the old design, Celebrity has made the room more inviting. 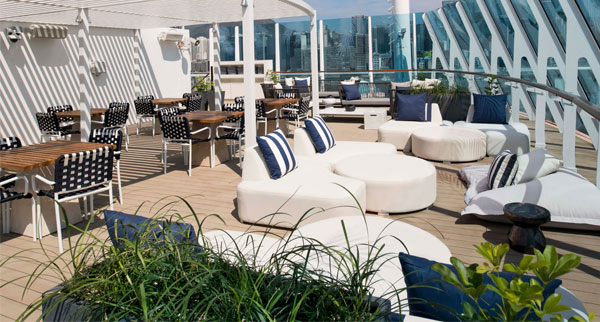 Celebrity calls its product ‘modern luxury’, so it is no surprise that a major part of the Revolution programme to update the fleet is to enhance the offering for suite-class passengers. Summit, like Edge, now features The Retreat Sundeck, a relaxed outdoor area, and The Retreat Lounge, a 24/7 bar. Both areas are exclusively for suite-class passengers, who can also dine at new restaurant Luminae, which features dishes crafted by Michelin-starred chef Daniel Boulud. Entertainment, concierge service and complimentary drinks are available throughout the day in The Retreat Lounge.

Celebrity Summit sails to Bermuda from Cape Liberty, New Jersey, on seven-night departures that lead in at £729 from July to September. The vessel also sails to Canada and New England between September and October. Prices start from £979.

Cruise calendar 2019: What to look out for
Captain for a day in Saint Lucia
Cruise ship reviews: Celebrity Edge and Nieuw Statendam