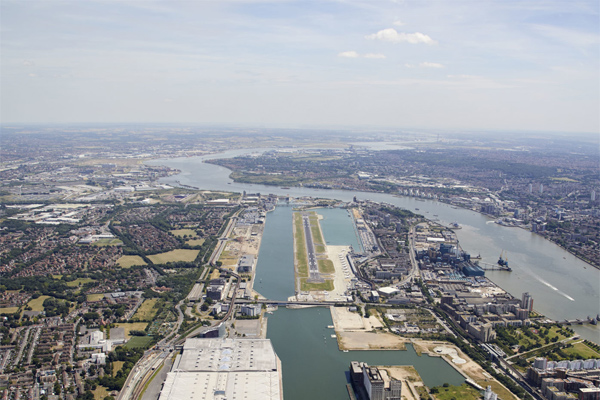 London City airport wants to extend aircraft movements amid predictions that passenger numbers will double to almost ten million by 2030.

This would allow more flights to take off and land at the start and end of each day and at weekends when the airport it currently shut for 24 hours between Saturday and Sunday lunchtimes.

London City would remain the smallest of capital’s five airports with its total share increasing from 2.7% to 4.3% in 2035.

The draft plan suggests making best use of the existing runway and infrastructure with only “limited further development” required to 2035 – beyond an ongoing £500 million expansion.

Work would include airfield upgrades, reconfiguration of existing stands to handle latest generation aircraft, and the potential for three additional aircraft stands.

The 15-year plan, out for consultation until September 20, comes on the back of a 42% rise in passenger volumes over the last five years.

Airlines would be encouraged to accelerate investment in the latest generation of cleaner and quieter aircraft such as the Airbus A220 and Embraer E2.

A commitment to achieve net zero carbon emissions by 2050 is also included.

Growth of the airport could create up to 2,500 jobs locally by 2035, and deliver an overall economic contribution to £2 billion per year by 2035, according to the plan.

It forecasts that 64% of passengers will be leisure travellers, with 36% flying on business by 2035.

Airport CEO Robert Sinclair said: “The draft master plan is a long-term vision for London City airport, detailing how London’s most central airport can meet continued demand sustainably, create jobs and opportunities for east London and support the capital as a major global city for tourism and business.

“These proposals reflect the airport’s changing role, with an increasing proportion of leisure passengers choosing the airport, and east London’s continued transformation.

John Stewart, of resident group HACAN East, condemned the master plan and said: “For all the green talk, this plan would be disastrous for residents.

“Flight numbers could double from today’s levels. And, to rub in the pain, the airport is looking to ease the restrictions at weekends and in the early morning and late evening.”