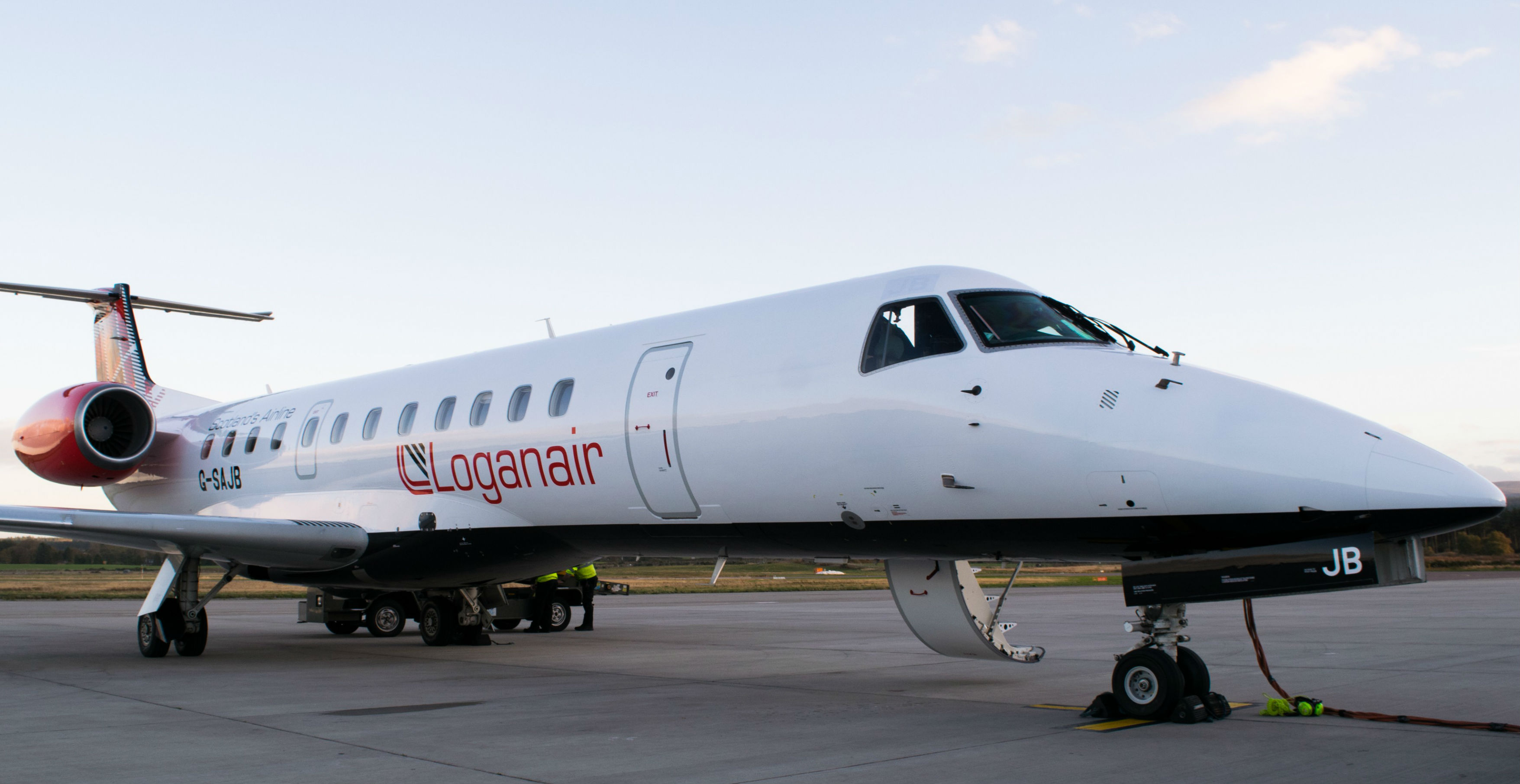 Loganair flew back into the black with a pre-tax profit of more than £1 million in the year to March but warned of challenges ahead.

The Scottish carrier reported the financial rebound after the previous year’s loss, which reflected the cost of creating an airline from scratch due to the break-up of Loganair’s franchise agreement with Flybe.

Despite this, the airline has pressed ahead with expansion plans in the early part of the new financial year, starting new services to Southend airport from Aberdeen, Glasgow and Stornoway and the first commercial flights from Carlisle Lake District airport in more than 25 years.

The pre-tax profit of £1.01 million for the 12 months to March 31 came in its first full year of operation under its own brand as Scotland’s airline.

Loganair steps in to take over former Flybmi Newcastle routes

The pre-tax profit was reported after non-recurring costs of £3.07 million related to the introduction of Embraer regional jets and the associated expansion of Loganair’s fleet to 43 aircraft during the first quarter of this year.

Loganair’s operation immediately grew in scope by recruiting 140 Bmi Regional pilots, cabin crew and engineers – as well as expanding the fleet by acquiring many of its Embraers.

The increased range of the jet aircraft has enabled growth further afield, with new services from Scotland to Germany, Norway and Denmark and from Newcastle to Belgium and Norway.

Loganair now has a record 840 staff working from its Glasgow airport headquarters and across ten further operating bases in Scotland and England.

The carrier cited statutory reports as indicating that it has the strongest gender pay performance of any UK airline and continues to have the highest proportion of female pilots in the UK.

Hinkles said: “We have every reason to be proud of our achievements in the last year, growing our routes in the UK and Europe, expanding staff numbers and expanding our fleet.

“In addition to new scheduled routes during the year, we also won a new contract to provide services for British Airways’ CityFlyer subsidiary, took over the operation of a corporate shuttle service for a major aircraft manufacturer linking its production sites and won a competitive tender to provide essential air services between the City of Derry and London.

“We have also expanded our codeshare and interline agreements with such major international airlines as British Airways, Turkish Airways, Emirates Airline, KLM, Air France and Qatar Airways, bringing benefits to customers who can fly with a single ticket between our destinations in the Highlands & Islands and hundreds of major cities worldwide.

“But most importantly of all, we have done this while looking after our customers – as can be seen by our second top places in both the UK domestic airline punctuality league table and UK airline customer review ratings.”