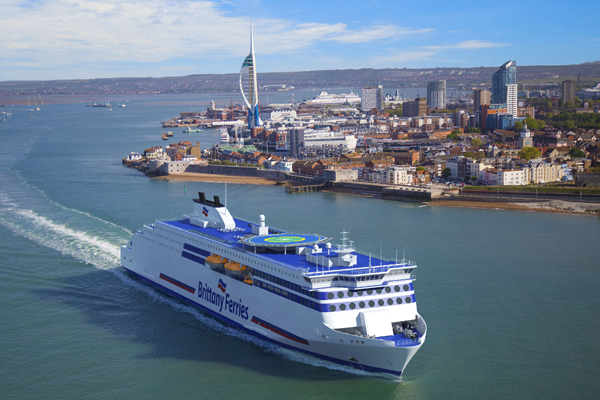 Prospective cross channel passengers have been reassured by Brittany Ferries that they can “travel with confidence” in the face of the government’s no-deal Brexit planning.

However, Brittany Ferries said it “understands that some of its passengers may be concerned about their travel plans too” for western channel routes out of Portsmouth, Poole and Plymouth.

A spokesman said: “The reality is that we have had plenty of practice preparing for a no-deal scenario.

“We have been working through local resilience forums in our ports and closely with our port partners to mitigate risks.

“While we cannot say for certain that there will be no disruption, we can reassure customers that comprehensive steps have been taken.

“We operate on longer western channel crossings to five destinations in northern France and two in northern Spain. These routes will continue to operate as normal post October 31.

“Brittany Ferries has been carrying passengers and freight across the English Channel for nearly 50 years. It is in the process of a €550 million fleet renewal programme, a statement of confidence in the future and further reassurance for businesses in the south and south west of England which rely on links which were first set up in 1973.

“Of course politics is politics. But geography doesn’t change if we exit the European Union at the end of October.

“We will continue to take people to beautiful holiday destinations in France and Spain, and carry the freight that keeps Britain moving – and we will do so with as little disruption as possible.”