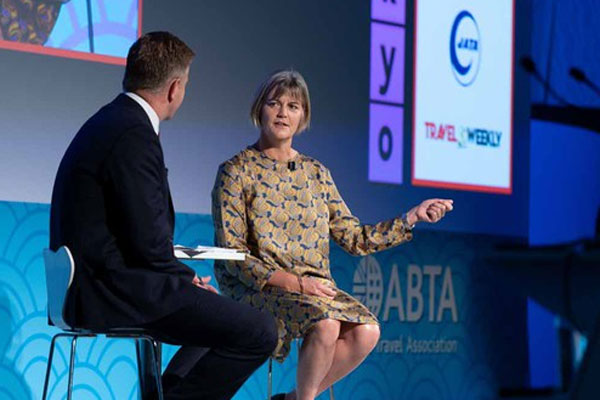 The UK ambassador to Cuba had to intervene to prevent Thomas Cook customers being evicted from hotels following the collapse of the company, according to a senior Foreign Office official.

Julia Longbottom, director of consular services at the Foreign Office, told the Abta Travel Convention: “We helped the CAA with its repatriation exercise.”

Unfortunately, she said: “Somewhere like Cuba, if a hotel receives a letter from the Civil Aviation Authority saying ‘We promise to pay’ they are not likely to believe it.

“In Cuba, it took our ambassador to speak to the foreign minister [to deal with the situation].

“Some people were threatened with eviction from their hotel or had to be rehoused. I’m not aware of anyone chucked out on the street.”

Longbottom declined to talk about the government’s decision to fund the repatriation of non Atol-protected Thomas Cook customers, but said: “60% of people were covered by Atol. It’s a pretty good scheme.

She highlighted the work the Foreign Office does to help UK travellers in difficulty overseas, saying: “Out of about 70 million trips a year [from the UK] we end up helping about 23,000 cases.

“These might involve a murder, a serious attack, child abduction.

“We work hard on prevention with Abta and a lot of Abta members. A lot of the work we do is aimed at providing information and running campaigns.”

On Brexit, she said: “We’re trying to get the right information and advice to people so they don’t get into difficulties.

“To the extent that we know the answers we make these available on the Foreign Office (FCO) website.

“We’ve run campaigns saying ‘make sure your passport is valid’, ‘make sure you have health insurance’ because your EHIC card will be invalid if we leave with no deal on October 31, ‘make sure your driving licence is valid if you are going to drive’.”