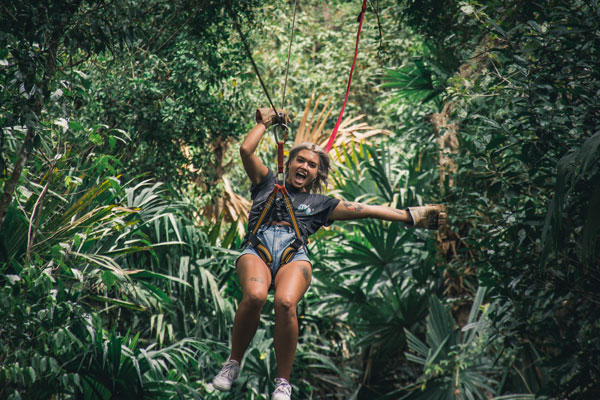 As many as 58% of people believe that sustainability is an important factor when making travel choices, new research reveals.

A total of 38% wanted the opportunity to give back to local communities, 35% would like to see a ban on single use plastics and 28% would welcome the chance to offset carbon emissions.

When respondents were asked for the Intrepid Travel poll which responsible tourism measures they would like their travel company to offer, almost half said they were keen to use local suppliers.

The survey of 2,153 people suggests that it is Gen Z, those born in the late 1990s, who are the most concerned about their environmental footprint, in comparison to those in the 55-plus age bracket who were the least concerned about travelling sustainably.

When those in the Gen Z bracket were asked what eco steps they would like their operator to offer, 44% said it was the chance to offset carbon emissions, while only 20% of baby boomers chose this option.

The results, based on externally commissioned YouGov research, also reveal that Gen Z are most likely to take sustainability into account when choosing an operator to book their holiday.

When asked how they would define adventure travel, 34% of those who had travelled abroad for leisure said it meant seeing or doing something new, 27% said it was experiencing local life such as taking local transport or trying local food and 24% said it was getting off the beaten track rather than visiting mainstream tourist attractions.

Intrepid Travel CEO James Thornton said: “Like most of our travellers, Gen Z are open to new destinations, they want to travel for personal growth and they want to interact with locals to build greater understanding of the many cultures around the world.

“However, more so than other generations, they have a genuine – almost intrinsic – desire to make a difference and to change the world; ultimately, making this generation one of the most socially-conscious and philanthropic.”

Only eight (0.4%) respondents said they would travel to have something fun to share on social media.

This rose to just 2% among 18-24-year olds, demonstrating that although the younger generation is slightly more inclined to post about their travels on social media, this is not a contributing factor of where they book and what they do when they are away.

Intrepid’s Adventure Index also reveals an increasing trend for longer trips and back-to-back summer holidays. This is driven by the rise in people becoming self-employed, as well as a move towards more flexible working practices and companies offering unlimited annual leave.