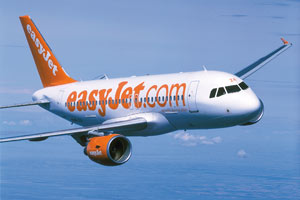 EasyJet’s move into the holiday sector could place even greater pressure on the Atol financial protection regime if it opts to base the operation offshore to avoid paying VAT.

Travel Weekly understands Lowcost Travel Group and On Holiday Group are vying for a contract with the budget carrier, which issued a tender document earlier this year for potential partners.

An announcement on the deal, which some observers have claimed could create the UK’s third-largest operator, had been expected in mid-November, but this may now be pushed back as easyJet weighs the offshore option.

VAT has become a serious issue for bed banks after Medhotels lost a VAT tribunal over a £6 million claim under the Tour Operators’ Margin Scheme by Her Majesty’s Revenue & Customs, which is now pursuing other bed banks.

Sources suggest easyJet’s offshore move could be being driven by one of the bed banks with which it is in talks.

None of the parties thought to be involved would comment, but Travel Weekly understands the venture is likely to be in operation as early as February.

Industry insiders said easyJet Holidays could take a huge chunk of the holiday market, and that the option to base it offshore would mean more consumers  travelling without protection.

It would also eat into the revenue the CAA makes from the £2.50 Atol Protection Contribution and hit hopes of getting the Air Travel Trust Fund back into the black within five years.

The feeling among senior industry observers is that On Holiday Group offers greater tour operator experience but Lowcost has the edge in terms of online advertising. However, this could also be a disadvantage as EasyJet Holidays would then be competing with Lowcost’s consumer-facing brand online.

Sources have told Travel Weekly that easyJet does not think the venture requires Atol protection. EasyJet has previously used the Travel Trust Association to ensure it complies with the Package Travel Regulations.