Jet2holidays plans to bolster its Atol licence by more than half a million passengers in the next year and increase trade sales.

Chief executive Steve Heapy said the operator was “closing in on Tui”, the UK’s largest Atol holder, which has a licence to carry 5.55 million passengers a year.

Jet2holidays’ Atol licence allows it to carry 3.9 million passengers, but Heapy said this would grow to up to 4.6 million.

Heapy said the proportion of trade sales grew from 24% to 27% in the last year, and said “there is no reason why that can’t grow to more than 30%”.

Trade sales fell from 32% to 25% in 2018 after Thomas Cook and Tui stopped selling the operator.

The demise of Thomas Cook, which carried about  2.5 million passengers, provided an opportunity for Jet2holidays, and independent agents selling them, to grow, Heapy said.

The Interview: Jet2 sprang in to action after the collapse of Thomas Cook

Addressing 300 agents at the operator’s conference in Spain this week, Heapy said: “Our travel agent business accounts for [more than] a quarter of our sales [worth around £700 million].

“We want to increase that. Unlike other operators, we have no ambition to drive direct sales. We want more travel agent bookings – there is no upper limit.”

He explained that trade sales grew by 31% in the last year, outpacing the growth of overall Jet2holidays sales – which increased at a rate of 21%. 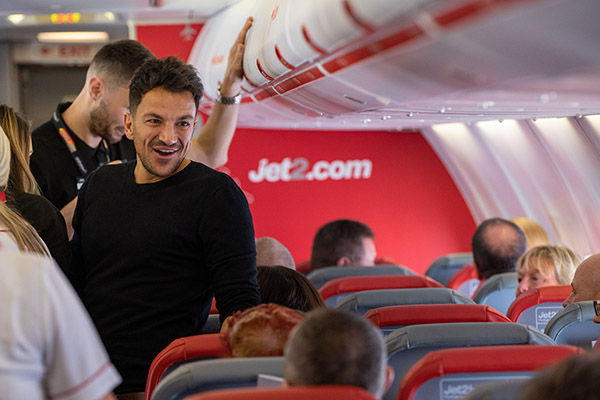 But Heapy admitted his lobbying for more support of the high street from government – which he called for at last year’s trade conference – had so far been “muted”.

He said the company’s balance sheet – it has more than £1.2 billion in cash – gives travel agents the peace of mind that they can book Jet2holidays without any concerns.

Heapy said Jet2holidays was signing contracts with hotels previously contracted by Thomas Cook, but said he was in “no rush” and vowed loyalty to existing hotel partners.

Ryanair on course to surpass pre-Covid carryings but recovery ‘fragile’