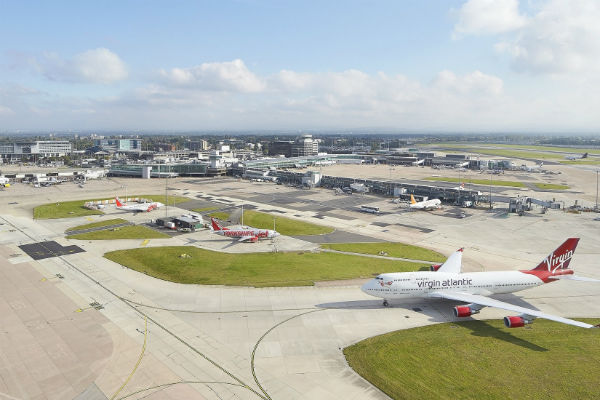 More than 100,000 passengers passed through Manchester airport each day in August for the first time this year.

The busiest day in the northern hub’s 81-year history was recorded on August 23 when 115,212 people used the airport.

The two runways handled an average of 624 flights a day during the month to give a total of 132,993.

The airport handled almost 20 million passengers in the April to October period.

In a summer performance update, the airport said it had hit its target of ensuring 92% of travellers reach the security lane within 15 minutes of joining the queue.

Nearly half of all passengers travelling through the airport waited less than one minute to reach the security lanes over the summer season, according to the statistics.

Baggage handled by airlines’ handling agents showed an improved performance with 90% of bags delivered on time, up 6% year-on-year.

“Extra resilience was provided by the airport this year after problems last summer with a new dedicated team on hand to step in and help any handler in the event of any problems,” the airport said.

Targets for when the last bag should arrive on the carousel depend on the size of the aircraft:

The on-time performance of departing flights improved by 2% year-on-year to 71% despite issues on the European network. The arrivals on time performance also improved, up 4% to 73%.

The summer saw the return of El Al flights to Tel Aviv and a new Virgin Atlantic route to Los Angeles plus growth from airlines including Ryanair, easyJet, Jet2.com, Tui and Thomas Cook before its demise in September.

“I’m particularly pleased that all our preparation for summer has meant our passengers have had a better experience than last year and the operation has coped well with the increased demand.

“We also saw the first phase of our £1 billion transformation programme open at the start of summer and more will come online in 2020.

“As we continue to grow the region benefits from the extra connectivity and trade opportunities that arise, inbound tourism and the the Greater Manchester councils also see additional dividends.”