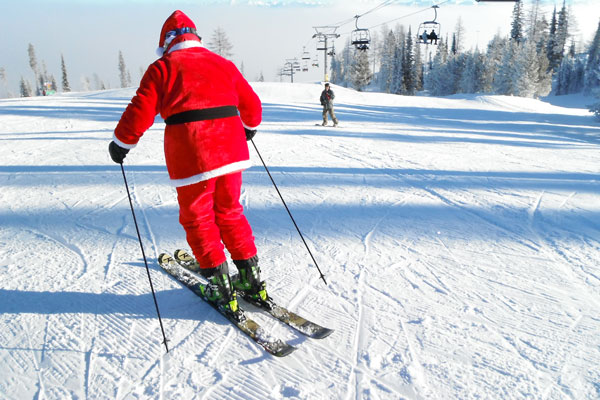 An estimated five million people will be escaping abroad for Christmas and new year, according to Abta.

The peak travel day during the festive rush will be tomorrow (Friday) with Christmas Day the quietest.

The first flight to Sharm El Sheikh since travel restrictions were lifted is due to take off from Birmingham airport today.

Dubai and Goa have sold well in long-haul, while anyone still looking for a last-minute deal could consider the Algarve and mainland Spain.

Geneva is expected to be popular for skiers, while Budapest and Barcelona are other winter destinations selling well this year.

Amsterdam, Dublin and Berlin are among the top places to see in the new year alongside London and Edinburgh.

Millions of people will be leaving the country through the major airports, all of which are reporting high numbers.

Hundreds of thousands of passengers will be leaving from Scottish airports, with 146,000 from Glasgow alone, as well as from other regional airports, including 50,000 from Southend and 35,000 from East Midlands.

Many are travelling across to the Continent by ferry or through the Channel Tunnel, with hundreds of thousands heading off on Eurostar.

Eastbourne, the Lake District and Llandudno have sold well in the UK, as well as breaks in the south-west of England.

“The roads and public transport will as always be very busy so leave a little extra time to get to your departure port without the stress.”