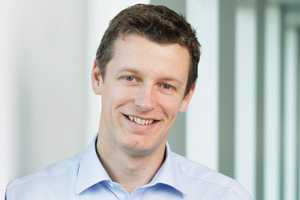 Abta has criticised industry figures for denouncing reform of consumer financial protection ahead of ministers unveiling plans for a ‘flight-plus’ extension to the Atol scheme.

Abta head of public affairs Luke Pollard said: “Until we see the proposals, we don’t know what the impact might be. They might make very good sense for the vast majority of the sector.”

Pollard spoke out after a chorus of criticism led by online retail bosses, with On Holiday Group chief executive Steve Endacott saying: “We should refuse to accept flight-plus”.

Endacott went so far as to suggest opponents boycott paying the Atol Protection Contribution (APC) on flight-plus sales to the Civil Aviation Authority (CAA). He said: “We should say this is ridiculous. We should all go on strike and refuse to accept flight-plus.

“We should say, ‘we’re going to put the money into a fund for customer protection, but we’re not paying it to the CAA’.”

Institute of Travel & Tourism chairman Steven Freudmann, who resigned from the Abta board in 2009, made a similar call in November, saying: “There is an argument that we should refuse to co-operate.”

The CAA declined to comment. But it is understood that a company selling Atol-protected holidays and liable for APC payments would be committing a criminal offence if it withheld these.

The Department for Transport is poised to announce a change to the Atol regulations that would extend protection to retailers selling dynamically packaged holidays.

A new ‘flight-plus’ Atol would be required by high street and online agents who sell flights and accommodation as separate elements.

The announcement is awaiting Cabinet clearance and is likely this month or next. It would then be subject to consultation and could come into force in January 2012.

Pollard said the sector could not expect to rewrite the proposals at this stage, although he conceded: “There might be some elements agents and tour operators don’t agree with.”

He added: “It’s important we reinforce the key things the industry wants from this, reminding people why the [current] system is so poor. It does not protect travellers or help the industry.

“The government does not need to hear the industry jumping to conclusions. It wants to extend protection and that will include an extension of the companies and business models that are included.”

Endacott was speaking at a round-table discussion on Atol reform, where he expressed concern that the changes would make retailers responsible for rebooking or refunding clients if a carrier failed.

He said: “The huge concern is airlines. If an airline fails and agents don’t have supplier failure insurance, half of agents would go bust.”

Travel Republic commercial manager Chris Roche agreed, saying: “Why should an agent be liable for a supplier failure?”

TTA Worldchoice operations director Gary Lewis warned: “Flight-plus is going to put more liability on agents and it seems unfair on smaller agents like some of our Worldchoice members.”