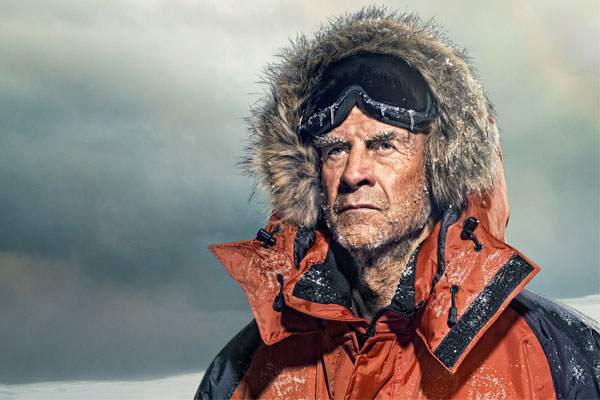 Named ‘the world’s greatest living explorer’ by the Guinness Book of Records, Sir Ranulph Fiennes has achieved the seemingly impossible in the polar regions and beyond. Laura French spoke to him ahead of his appearance on Cunard’s Queen Elizabeth this year.

Q. What’s been your most challenging experience to date?
A. In 1992 I set out with Mike Stroud to cross the Antarctic continent unsupported on foot. Shackleton had attempted the expedition with a team of three in 1914, entering from the top of the continent. Another team entered from the bottom, leaving food depots along their way for Shackleton and his team – but Shackleton’s ship sunk.

We started close to where the ship had gone down, towing 490lbs on each sledge. We were pretty much dead by the time we got halfway to the South Pole, but we still had to get down to the Pacific coast. Dr Stroud – a food and nutrition expert – said we could survive, so I agreed, and we made it to where the Shackleton group had dropped off the last food depot. We proved that even without dogs [which Shackleton had for food], and not being as tough as people were then, two humans could make it. It was the hardest physical and mental challenge I’ve undertaken.

“We proved that even without dogs [which Shackleton had for food], and not being as tough as people were then, two humans could make it.”

Q. What was the hardest bit?
A. We could only carry 5,000 calories a day. We started running out of food so had to go on half rations when we were very hungry. Our body fat disappeared, so we were very cold, frostbitten and starving. Two days before we reached the South Pole, we recorded a windchill temperature of -96C.

Q. In 1982, you and expedition partner Charles Burton became the first to successfully travel from pole to pole using only surface transport. What did this involve?
A. It took three years and two days, travelling from Greenwich down to the South Pole, up to the North Pole and back to Greenwich again. For the last three months we floated on a floe of ice that was gradually breaking up, somewhere north of Russia, over 500 miles from land. We had to wait 99 days for our ship to come while we floated, hoping the current would
take us in the right direction. The expedition took seven years to plan and we had 1,900 sponsors. 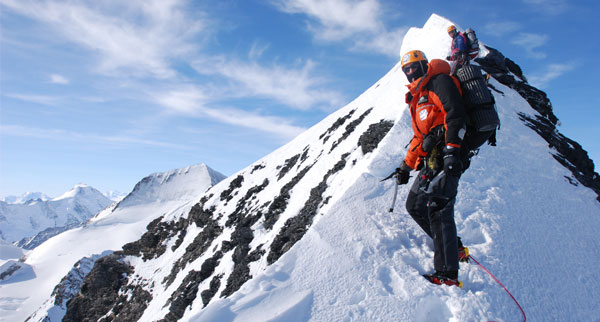 Q. How did you become an explorer?
A. I lived in South Africa from the ages of one to 11. My father was killed in the war just before I was born [in 1944], but I was brought up on stories about him as a commanding officer, and that’s what I wanted to do. But I couldn’t go to Sandhurst because you needed A-levels, which I didn’t have as I’d been schooled in South Africa. The only thing I’d done was adventure training in Europe during the Cold War, taking soldiers canoeing, climbing and skiing – that’s where it all began.

Q. What does it look like in the most remote parts of the polar regions?
A. Everything is just white, apart from you, your tent and the other bloke. There are no animals; nothing is alive apart from the two of you.

“I’ll be describing how we managed to get these expeditions together and how slowly, over 30 years, we gradually got more ambitious.”

Q. What is it that lures you back?
A. When our group hears that there’s a polar record still to be set by humans, or if we hear the Norwegians are going for a record that neither they nor I have previously considered possible, we have to get our act together very quickly…

Q. What are you going to be talking about on Cunard’s Queen Elizabeth in June?
A. I will most likely be focusing on the first journey around Earth vertically and the first completely unsupported crossing of the Antarctic continent. I’ll be describing how we managed to get these expeditions together and how slowly, over 30 years, we gradually got more ambitious until we were able to cope with challenging world records.

Q. Finally, how do you motivate yourself to carry on in the most challenging moments?
A. Well you want to survive, and sometimes the only way to survive
is to carry on . . .

Expedition cruise experiences around the world
Celebrity speakers and special guests on cruise ships in 2020
Cruise shows: The best entertainment at sea