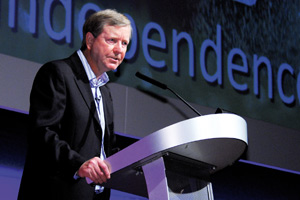 Advantage chief executive John McEwan has been formally confirmed as Abta chairman for a second term today after no candidates emerged to stand against him.

The deadline for members to put their names forward to stand against McEwan was 5pm yesterday.

McEwan’s second term was ratified at a board meeting this morning. McEwan is understood to have the support of the board to continue in the role for the second of the two terms permitted imder Abta’s Articles of Association.

Mark Tanzer, Abta chief executive said: “John has played an invaluable role as chairman over the last two years, and I am looking forward to continuing to work with him to further develop ABTA’s role at the heart of the travel industry.”

McEwan said: “I am delighted to be confirmed as Abta chairman for a second term.  There are many important industry issues that the association is tackling right now on behalf of members, and I am pleased to have the opportunity to continue to work as part of the Abta team in influencing them.”