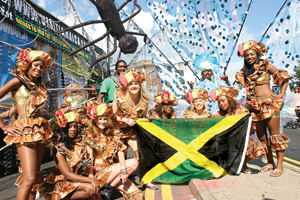 Abta is poised to use the Notting Hill Carnival in London over the bank holiday weekend to highlight the negative impact Air Passenger Duty is having on travel to and from the Caribbean.

The aviation tax has risen by 375% over five years, contributing to a 16% drop in UK travellers to the Caribbean and a 36% loss in visitors from the region to the UK, the travel association claimed on the eve of Europe’s biggest carnival.

The government has also threatened to increase the overall aviation tax burden even further to £3.6 billion by 2015-16.

Abta chief executive Mark Tanzer said: “The UK’s high levels of aviation tax cause substantial damage not just to the UK’s economy but to Caribbean countries with whom we have very close ties.

“The double inflation increase in tax next year could add as much as 10% on tax levels which will hurt tourism in Britain and the Caribbean and I would encourage people whilst celebrating the Notting Hill Carnival to remember that taxes are hurting the Caribbean.

“As part of the Fair Tax on Flying campaign Abta has called for the government to look again at the planned tax increases and the way flights to the Caribbean are charged at a higher rate than flights to destinations further away like Hawaii.