The Canary Islands have been granted a travel corridor, transport secretary Grant Shapps has confirmed via Twitter.

The islands have been added to the government’s safe list alongside the Maldives, Denmark and Mykonos, which is restored having been previously removed.

The only country to be removed from the list this week is Liechtenstein, Shapps confirmed in a second tweet.

Following an update to the implementation of changes to corridors last week, the new rules will apply from 4am on Sunday, October 25.

UPDATE: Following an assessment of the latest data, the Canaries, the Maldives, Denmark and Mykonos have been ADDED to the #TravelCorridors list. From 4am on Sunday 25th Oct, you will no longer need to self-isolate if you arrive from those destinations. pic.twitter.com/vVF40XKS2t

The Canary Islands were removed from the government’s travel corridors list alongside the Balearic Islands and mainland Spain on July 25.

However, holidays to the islands continued to operate as the Foreign Office excluded them from advice against all but essential travel to Spain.

That advice was subsequently changed, leading tour operators to suspend their programmes, but hopes were then raised that they could have their corridors restored when the government announced it was open to the idea of “island corridors” in early September.

Operators including Tui, Jet2holidays and easyJet Holidays have previously said the winter sun season hinged on the ability to return to the Canaries in particular.

Last week, the Spanish government and tourist office issued details of Covid-testing protocols which they hoped would reopen the islands to UK holidaymakers.

Tui and Jet2 immediately said they would be restarting services to the islands following the announcement.

Abta said the addition of the four destinations “is a bit of light at the end of a very dark tunnel for the travel industry” after “a terrible summer season”.

But a spokesperson added: “We must remember that the pandemic brought foreign travel to a standstill and for most companies there has been little or no chance to start a recovery.”

They noted that the chancellor’s earlier update to the Job Support Scheme “still leaves many travel companies facing difficult decisions around jobs in the weeks ahead” and reiterated calls for the government to offer tailored support to the travel industry “to help companies through the winter”.

“It is also vital that the government seeks to fully regionalise travel corridors and transition away from the current global advisory against all but essential travel by moving back to country specific foreign travel advice,” the Abta spokesperson added.

Derek Jones, chief executive of Kuoni parent Der Touristik UK, tweeted: “Fantastic news! With the Maldives on the #travelcorridor list there’s no longer any need to quarantine when you get home but you’ll still need a negative Covid test before departure. What an amazing opportunity to visit these beautiful secluded islands.”

Meanwhile, Premier Holidays immediately distributed a call to action for customers to book with a travel agent. 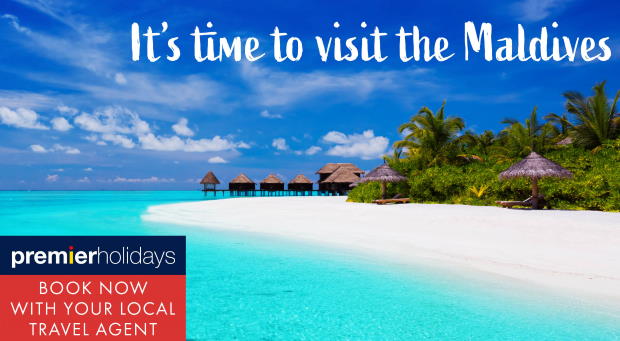 Wales in ‘reluctant’ switch to lateral flow tests from October 31