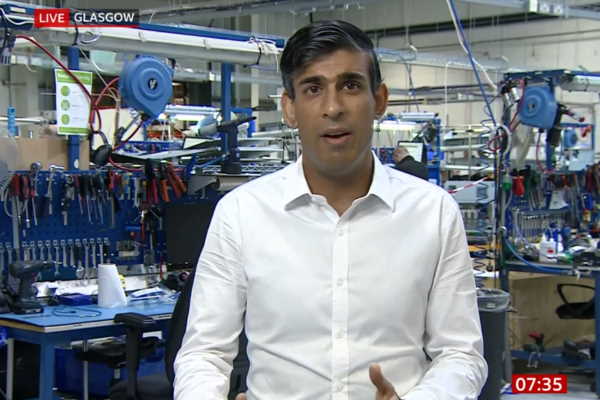 The hastily revived furlough scheme is set to be extended for businesses forced to close due to Covid restrictions if they have to remain shut after the second lockdown ends.

The chancellor is expected to guarantee furlough cash for Scotland, Wales and Northern Ireland if the devolved administrations choose to implement their own lockdowns.

An announcement on a new range of measures to boost the ailing economy is expected today (Thursday), according to newspaper reports.

Part of the package is due to comprise a significant expansion of the furlough scheme in England after the lockdown comes to an end on December 2.

The development came as travel agents argued that the extension of the furlough into November was too late to prevent redundancies.

Workers in areas subject to the strictest measures – known as Tier 3 – receive just 67% of their normal salary up to a maximum of £2,100 a month under the government’s tiered approach to lockdown.

Boris Johnson responded: “They are not going to. The furlough scheme was extended until the end of October.

“We are putting in measures now to support people across the whole UK throughout this period until December 2, and that is the right thing to do.

“We are putting our arms round the people of this country to get them through the pandemic and beyond.”

Jake Berry, chairman of the Northern Research Group of Conservative backbenchers, said: “We share concerns that after this national lockdown ends on December 2, our northern constituencies are the most likely to go back into the higher levels of the regional tiering system.

“That means the north being subjected to greater restrictions and our economy sustaining greater damage.”