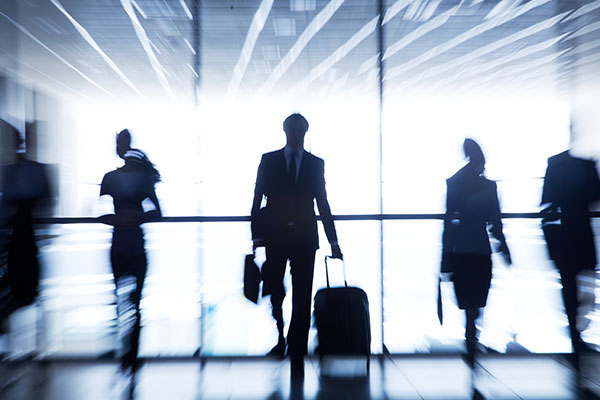 Confidence has yet to return to the corporate travel sector, but the latest poll of Global Business Travel Association (GBTA) members found more than half do expect a return to the office by September.

The GBTA survey found 54% of respondents expect most employees to return to the office by the end of the third quarter of this year.

Just 8% had already returned, 17% expected employees to return in the next four months and 29% to return in five to eight months.

GBTA respondents were similarly divided on when business travel might resume. Just 6% said their company had resumed travel, one in ten (13%) expected a resumption within four months and just under one third (29%) expected travel to resume within eight months.

Almost one third (31%) were undecided or unsure.

More than half the respondents (54%) were no more optimistic about the industry’s path to recovery now than in December and one quarter (25%) were more pessimistic. Just 21% said they were more optimistic.

Asked about the financial prospects of corporate travel companies, 42% were pessimistic and none “very optimistic”.

Four in 10 respondents said they would be ‘comfortable’ (32%) or ‘very comfortable’ (12%) with the use of mobile apps to verify the health status of passengers or guests.

Two-thirds (64%) said vaccinating travel industry workers such as flight attendants, pilots and hotel employees would make them ‘somewhat’ or ‘a great deal’ more comfortable to travel.

GBTA interim executive director Dave Hilfman said: “There is light at the end of the tunnel and for a return to some normality for the third quarter.”

But he noted: “Uncertainty remains around traveller requirements for a return to business travel. GBTA will continue to lobby for clarity and a consistent approach among governments.”

The poll, conducted on January 11-18, was based on the responses of 733 GBTA members.