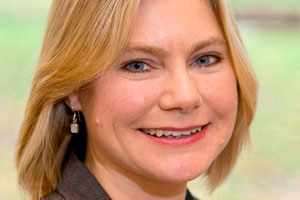 Transport secretary Justine Greening expressed “delight” at some of the work of the UK Border Force yesterday, despite a damning report on delays at Heathrow.

Greening told the Abta Travel Matters conference in London: “I’m delighted to see some of the work the Border Force is doing. Additional resourcing is already starting to make an impact.”

The secretary of state appeared at the conference following release of a report by the independent chief inspector of borders and immigration which concluded queues at passport control “were a result of staff cuts and the inflexibility of a new working model”.

Questioned about the report’s conclusions, Greening said: “Everybody accepts there is a problem that needs to be fixed.

“In the short term it is about putting the right resources in. But what is most important is that we don’t compromise security.

“We do have a plan in place to manage peaks. The government is committed to doing better.”

Greening added: “We clearly have to answer how we deliver more aviation capacity and more connectivity and how we do that in a sustainable way.”

At the same time Greening argued: “It’s important we don’t lose sight of what we have – five successful airports in London. We have 350 international destinations available from London. No other city in Europe can match London’s connections.

“Heathrow provides more services to China than any other airport. The key is making sure we maintain and extend that. At Heathrow we have to use what we have better.”

She added: “I don’t decide where the slots [at Heathrow] go – those decisions are made by Willie Walsh.”

Greening described the recent Atol reform as “critically important” and thanked the industry for its support with the process.

“Thank you to everyone at Abta and in the industry for working with us,” she said. “There are additional elements we will look at, around agent for the consumer and airline holidays, when the Civil Aviation Bill is in force.”