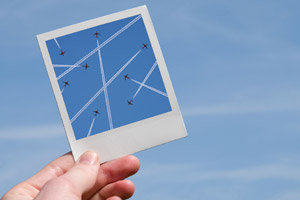 A leading corporate travel boss says the government’s failure to grasp the importance of air travel is “incredible”.

Horncastle Executive Travel managing director Peter Drummond told the Guild of Travel Management Companies’ conference in Doha: “The government does not have an aviation strategy. There is no long-term planning.

“It’s incredible the government does not understand the importance of airports to London.”

Drummond, chairman of the GTMC air working party, said: “None of the existing airports will be fit for purpose in the next decade. But the government seems to think this can be ignored. It does not seem committed to anything. It is just bouncing along to the next election.”

He warned: “The rest of Europe spends a lot more on infrastructure. The UK will drop out of the game. We need to keep pressuring the government. If we do nothing it will just get worse. We must make this one of our major causes.”

Graham Pickett, travel, hospitality and leisure partner at Deloitte, said: “I’m incredibly frustrated with the government on aviation policy. There is a lack of understanding of how airline economics work. Airlines cannot have bases all over the country.”

Gatwick Airport chief commercial officer Guy Stephenson agreed “there is very little coherence around policy, not only around capacity but also around taxation”.

However, Stephenson told the conference: “This is a political issue. We have to give the government something to work with. It is clear as we expand at Gatwick that we have to address local voters and local issues. We have to change perceptions so expanding is seen as a good thing.

“The government has to have something to sell to voters. So we have to work with the government.” Earlier, Qatar Airways chief executive Akbar al Baker told the conference: “Airport policy in the UK is driven by politics more than economics.

“It’s time to build a new airport and build it fast. Otherwise, you will be left behind. Heathrow will not be the most important hub in Europe. Others will take over.”

Qatar flies from Heathrow five times a day, but al Baker said: “Heathrow is such a spaghetti. You have no slots. There is no capacity for you to build to handle 100 million passengers. It’s important you think of a new airport and not waste time.