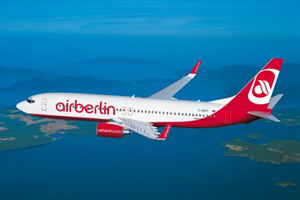 Air Berlin has denied reports in Germany that chief executive Hartmut Mehdorn is poised to step down under pressure from Etihad Airways, which owns a 30% stake in the the carrier.

German publication Manager Magazin reported today: “Air Berlin is preparing a change at the top. Etihad Airways is pushing for the departure of Hartmut Mehdorn.”

The German carrier reported an increase in losses in the first half of this year despite measures to stem the flow.

According to the report, Hogan has asked the head of Air Berlin’s supervisory board to find a successor to Mehdorn, who has a contract until the end of next year.

Air Berlin dismissed the report as “nonsense and without any foundation”.

In a statement, the carrier said: “These rumours are scurrilous and irresponsible and we refute them entirely.

“Etihad Airways and Air Berlin have a strong relationship which is starting to show positive progress. Both airlines are committed to their long-term partnership.

“Mr Mehdorn will remain as chief executive till the end of 2013. It is business as usual.”

Air Berlin is the second-biggest carrier in Germany and a member of the Oneworld Alliance with British Airways. It has been touted as a takeover target for BA parent IAG.