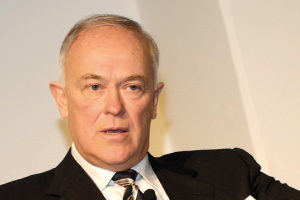 Heathrow should be made more efficient rather than taking years to build a new London hub, according to the boss of Emirates.

Chief executive Tim Clark says the use of quiet, modern aircraft with a high capacity such as the Airbus A380 super jumbo should enable Heathrow to open earlier in the morning and later at night.

Switching to mixed mode to allow take-offs and landings on the airport’s two runways at the same time would increase the number of flights able to use Heathrow.

Some short-haul services could be switched to other London and regional airports to free up capacity for more long-haul services.

Clark said “Do all that and you can get 120 million passengers a year at Heathrow.” That is around 50 million more than today.

He told the Sunday Times: “People say there is no capacity. There is.”

While saying a new airport would the best thing ever, a so-called Boris Island new hub in the Thames estuary would be the wrong location.

“Terminal 5 at Heathrow took 17 years from the first inquiry to completion. That’s a single building. I’ll be old or dead before a new airfield happens,” said Clark.

“People complain about Heathrow but airlines want to fly to it and passengers want to travel to it. Why? Because 25% of passengers can get there in 30 minutes; it serves much of London, the southeast and western England; it’s handy for the M4, M3 and M1 and it’s on the Tube. None of these things applies to Boris Island,” he added.

His comments came as reports suggested that the owner of Heathrow would demand compensation of up to £18 billion should a new hub airport be built elsewhere.

British Airways would also expect to be compensated for the investment it has put into the airport.

The prospect of huge compensation bills on top of the £80 billion needed to build a new four-runway hub close to London would make the cost prohibitive, according to the Mail on Sunday.