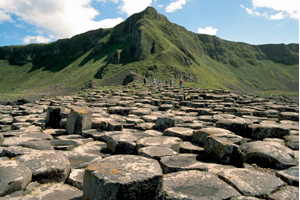 Reduced taxation and the easing of tourist visa rules means that Ireland is outperforming tourism to the UK, according to new research.

UK-based B2B wholesaler JacTravel has seen its Irish business increase by 223%, whereas UK business has grown 111% since 2009.

The company attributes this to Ireland’s pro-tourism measures such as slashing the rates of Air Passenger Duty from €10 in 2010 to €3 in 2011 and the reduction in VAT on tourism services from 21% in 2010 to 9% in 2011. The country also started to accept visitors with UK tourist visas from 2011.

JacTravel chief executive Terry Williamson said: “There’s no doubt in my mind that the desirability of Ireland as a destination has been enhanced by the pro-tourism measures taken by the Irish government, which evidently understands the value of tourism as a great way to earn foreign currency.

“Belfast – in Northern Ireland – has been an accidental beneficiary of this initiative because although it has not reduced taxes, it has profited from the increase in visitors to Ireland as a whole.

“If Westminster were to follow Dublin’s example, our industry would be hailed for being at the heart of an export-led recovery.”