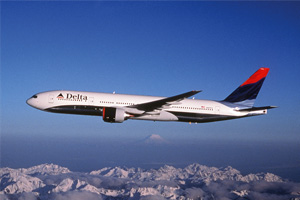 Delta Air Lines’ purchase of a 49% in Virgin Atlantic poses no threat to the UK carrier’s brand, according to Delta boss Ed Bastian.

The Delta president described Virgin Atlantic as “the best band transatlantic” as he outlined plans for expanding the US carrier’s presence at Heathrow following the £224 million deal.

Bastian said: “There have been a lot of questions about whether the Virgin Atlantic brand will stay in the market. Rest assured, it is staying – there’s no question about that.

“Why would you want to destroy the best brand flying transatlantic?”

He added: “I see no environment in which Delta would take over Virgin Atlantic.”

Bastian said he was happy with the 49% stake Delta has taken, pointing out: “We are not in a position of control, but we have a voice.”

Delta bought the stake from Singapore Airlines and, asked how the new deal would bring mutual benefits in the way the Singapore deal did not, Bastian said: “One thing that is dramatically different is the marketplace.

“The amount of passengers flying between Heathrow and the US is 20 times more than between Singapore and London. There will be many more commercial opportunities.”

Bastian said the deal would aid Virgin Atlantic by bringing access to Delta’s vast US network. He said: “We offer Virgin great domestic feed. They will tap into our network.

Delta and Virgin expect to offer 21 daily flights from Heathrow to the US by the end of 2013.

Bastian said: “London Heathrow is the most important access point for corporate travellers and that was the driving force behind our decision to invest in Virgin Atlantic.”