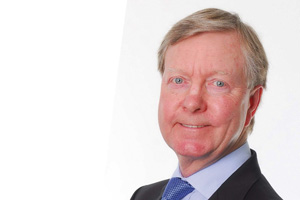 Industry stalwart reflects on 50-year career that has spanned Thomas Cook, Thomson, Advantage and Abta, via Texas and Hawaii

Outgoing Advantage chief executive John McEwan has promised to reply personally to all 250 well-wishers who contacted him after he announced his retirement.

For former colleagues and friends who know the one-time 16-year-old Thomas Cook agent from Liverpool, this determination to reach out to people will come as no surprise.

It may explain his prolific use of social media, but McEwan says he has always sought to put people at the heart of the businesses he has run.

In particular, he recalls how when he ran the Lunn Poly chain of shops in the UK, he would visit the stores in person every Friday.

“I started my life in stores so I could always relate to it. The people in the shops used to love it because they could see they were not being ignored,” he said.

“Head office used to hate it because every Friday they’d get a phone call from me whenever I found something wrong that needed to be fixed.”

McEwan was brought in to the Thomson group, the Lunn Poly parent, in 2000 to replicate success he’d had running retail at rival Thomas Cook, specifically launching and growing foreign exchange sales.

“I really enjoyed my time there, as I did at Thomas Cook. At both places there was a really good family atmosphere,” he said.

“The thing that pleased me most at Lunn Poly was that the average age, certainly in the stores, was around mid-20s, and here I was trying to replicate things [we’d had success with at Thomas Cook]. And we did.

“At Lunn Poly we broke the mould. We recruited staff based  on their personality – very gregarious people who got along with other people – and we taught them how to sell.”

McEwan’s travel career started in Liverpool when he took a job at Thomas Cook after a family crisis meant he had to become a breadwinner. His subsequent career progression was remarkable.

At the time, when Cook was still a nationalised business, the best you might hope for as a 16-year-old agent was to become a branch manager by the time you were 40.

But, still in his 20s and ambitious to progress, McEwan, having sent more than 100 applications to head office for roles, was offered “out of the blue” the chance to run Cook’s stores in Texas.

From there he went on to fill increasingly senior roles including UK managing director and then managing director of its international business, which turned him into a globetrotting senior executive and “BA’s best customer”.

There was another stint in the US, in San Francisco, running Cook’s North American business, including Hawaii.

“Needless to say we always had problems there, so I had to go out to visit regularly,” joked McEwan.

He was also responsible for introducing Cook’s iconic marketing slogan: ‘Don’t just book it, Thomas Cook it’, which is still being used today.

At the tender age of 34, McEwan was on the board and oversaw an expansion of Cook’s 400-strong shop network to 650 and the launch of the then pioneering call centre operation Thomas Cook Direct.

Between roles, McEwan came close to starting his own business with private equity backing, but deals were never sealed.

Since 2004, having been approached by headhunters, he has run the Advantage Travel Centres agency consortium as its first full-time chief executive.

“What I found when I went in there was an organisation very focused on its membership, but which actually had so much more to give. It was capable of much bigger things,” he said.

“I decided not to make wholesale changes and I’m really pleased that today the majority of the team are  still there and many have made significant progress  in their careers.

“One of the things I have always been keen on in my career is, as a leader, you have to be able to take the team with you.

People don’t necessarily appreciate what they are capable of, but if you open doors and inspire confidence, they can achieve so much more.”

John asked us to include his personal email address for anyone keen to contact him: john_mcewan@btinternet.com