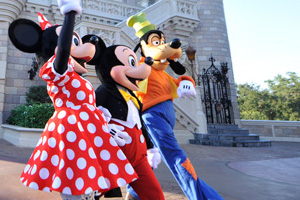 Net profit at Walt Disney rose 32% to $1.5 billion for the three months to the end of March over the first quarter of 2012.

Revenue at its theme parks division climbed by 14% to $3.3 billion, substantially better than analysts’ expectations.

Operating income from the parks and resorts sector increased 73% to $383 million.

Results for the quarter were mainly driven by increases at US domestic operations.

“Results at both our domestic and international parks and resorts reflected a favorable impact due to a shift in the timing of the New Year’s and Easter holidays relative to our fiscal periods,” the company said.

But these increases were partially offset by increased costs, including investment in systems infrastructure at Walt Disney World Resort, expansion at Disneyland Resort, as well as labour and other cost inflation, according to the company.