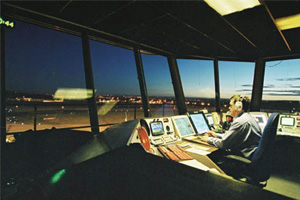 French air traffic controllers have called off the third day of a walkout tomorrow.

Around 1,800 flights were cancelled out of about 7,650 scheduled yesterday and a similar number are expected to be affected today.

Airlines flying to and from France and over French airspace could only operate one in four services, with easyJet cancelling 128 flights each day and others facing knock-on disruption.

The industrial action started on Tuesday as a protest against EU plans to liberalise civil airspace.

Strikes are expected to spread across Europe today, but France’s air controller union SNCTA cancelled a planned third day of action on Thursday, citing encouraging support from the French and German governments against the EU’s proposals.

Controllers are concerned that plans for a ‘Single European Sky,’ intended to cut travel times and costs, will adversely affect their working conditions and result in job cuts.

French transport minister Frederic Cuvillier announced on Monday that he and his German counterpart had handed the European transport commissioner a memorandum asking the European executive to freeze the project, saying national authorities needed more time to adapt to the planned organisation.

Air France said it was cancelling an unspecified number of short and medium-haul flights, but that its schedule would go back to normal on Thursday from 4am.

EasyJet said: “All of our flights that overfly French airspace are experiencing significant slot delays and this is affecting our entire flying programme. We are doing all we can to protect flights, however ask customers for their patience on what will be challenging days.”

Ryanair, which had called for Brussels intervention to prevent the strike, said: “We have been advised by French authorities that the strike action on the Thursday has been cancelled and all flights will operate as scheduled.”

“The fears of the European Transport Workers Federation, which represents only a portion of European air traffic control officers, are completely misguided.

“Our blueprint report shows that the single European sky is a win-win proposition. Reducing delays, cutting emissions, and raising safety levels will create 320,000 jobs across Europe.

“And it can be achieved without air traffic control officers’ job losses. Strikes and industrial action are therefore totally unjustified.”