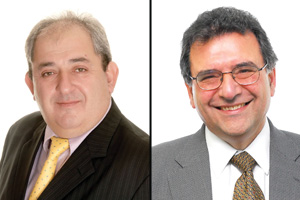 Noel Josephides was confirmed as Abta chairman on Monday, with supporters of election opponent Roger Allard immediately vowing to work with the winner to support rank and file agents.

Sunvil chairman Josephides pipped All Leisure Group chairman Allard in the poll of Abta members, winning 52% of the votes on a 41% turnout.

Josephides, who will chair his first board meeting on July 24, said: “I’m looking forward to it. I hope people will realise I have the industry’s best interests at heart.”

It is widely assumed Allard secured the corporate vote, while Josephides expected support from grass-roots agents and operators. Allard will remain on the board, having joined in February.

Abta’s two biggest members, Tui Travel and Thomas Cook, declined to comment on the result. But a Thomas Cook spokeswoman said: “We look forward to working with Abta.”

Representatives of other Abta members who publicly backed Allard expressed a desire to find common ground with Josephides.

Greg Mould, chief executive of the Association of Travel Agents (ATA) – the group set up to lobby outside Abta on the reform of the Package Travel Directive – said: “We put our weight behind Roger so we are disappointed. We hope Noel will support our views. We intend to work with Noel to achieve our goals.”

Gary Lewis, managing director of Worldchoice parent The Travel Network Group, said: “I look forward to seeing how Noel supports the interests of travel agent members who make up the core of Abta.”

Acting Abta chairman Hugh Morgan, who nominated Josephides, said the right man had won, adding: “I have known Noel for many years and he is highly respected by a lot of agents – that is why they voted for him.”

Allard said: “I’m disappointed, but the members have voted.

“I assume the big operators voted for me, but it’s one man one vote and a lot more agents know Noel.”