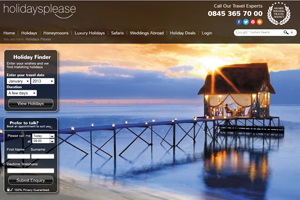 This is the first new role for McEwan since he retired as Advantage  chief executive and Abta chairman in May.

Director Charles Duncombe said McEwan would facilitate expansion of the business, which specialises in luxury holidays and has 45 homeworkers.

As well as planning its first retail shop, which is likely to be in the Cotswolds, the company wants  to take on more staff at its call centre.

Duncombe said: “One area we want to expand is our call centre operation. John was responsible for setting up Lunn Poly’s direct-sell operation so he will have some useful insights.

“He will also be able to help us navigate the challenges as we expand the business.”

“We are looking at small agencies to give us bit of extra capacity, as we are getting more enquiries than we can deal with,” said Duncombe.

“We’re recruiting all the time, but sometimes the best way to recruit larger numbers is to take on another agency, with six or seven staff.”

He said the business had seen a 30% increase in sales this year compared with the same period last year.