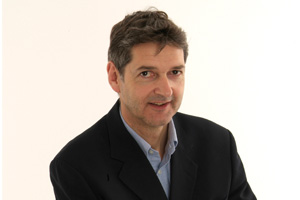 EC proposals to revise the Package Travel Directive have been welcomed on all sides. Ian Taylor wonders why

Eight months ago, revision of the Package Travel Directive generated sufficient heat among Abta members to lead some to set up the Association of Travel Agents (ATA).

Steve Endacott described the proposals as “90% of what we wanted”. Association of Atol Companies legal adviser Alan Bowen said: “We’ve done everything they’re talking about.”

Abta rightly noted the proposals “protect the rights of agents to act as agents”. But what did the EC decide on the definition of a package and where would it leave Flight-Plus?

The first two will be considered packages. The third allows for Flight-Plus-type bookings outside the definition of a package, so the EC has accepted a distinction.

This is backed by statements such as: “It is essential to preserve market innovation and new, especially online business models … The proposal leaves off and online traders free to facilitate the arrangement of holidays … without becoming liable for the performance of the services.”

However, there is a key question: what is the difference between a ‘customised package’ and an ‘assisted travel arrangement’?

The latter appears to refer to a type of Flight-Plus booking. The proposed Directive states: “This category covers combinations… clearly sold as separate services in distinct transactions… resulting in separate contracts with individual travel service providers”.

The example the EC gives is instructive: “A consumer purchases an airline ticket from a website and is invited to click through … to the site of another trader to procure a further service.” That is an airline ‘click-through’ sale.

In such cases there is no ‘package’ liability, just a requirement to provide financial protection – like Flight-Plus.

How does the Directive define a package? As a combination of two or more services “irrespective of whether separate contracts are concluded” not only where there is an inclusive price but also where services are “purchased from a single point of sale in the same booking process” or “combined after the conclusion of a contract” or “purchased from separate traders through linked online booking processes where the traveller’s name or particulars are transferred between traders”.

So an agent can ‘dynamically package’ and not sell a package but merely an ‘assisted travel arrangement’. But an OTA offering a selection of flights and rooms would be likely to sell a ‘customised package’ when it sells a combination.

The EC provides an example of someone booking a flight and four nights’ accommodation through an OTA, with a single payment.

When something goes wrong at the hotel (there is no hot water) the EC states: “Under the revised rules, [the] arrangements would be treated as a package, meaning the online operator would be… responsible for resolving the problem.” The intention is clear in a separate note to the European Parliament and Council of Ministers, pointing out: “Combin-ations [of services] which meet any of the criteria … will be considered a package, with the associated legal consequences.”

A further clue is provided by the proportion of bookings the EC envisages falling within the different categories. It suggests 23% of bookings across Europe are currently neither a “package” (23%) nor independent (54%). Of these, the EC sees 20% as customised packages and 3% as assisted travel arrangements.

Lawyers will be poring over the Directive. There is clearly scope for legal review. But it seems the EC has come down in favour of classifying most ‘dynamic packages’ as ‘packages’.