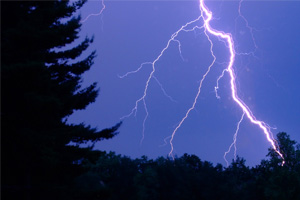 A tropical storm warning has been issued for Hawaii, bringing high winds and a threat of flooding.

The caution came as Tropical Storm Flossie moved westward across the central Pacific toward the Hawaiian islands.

Flossie has maximum sustained winds near 65 mph with higher gusts, the US National Weather Service said. It is moving toward the islands at about 20 mph and landfall could come after midnight tonight local time.

Flossie’s centre is expected to pass near the Big Island and Maui and then south of Oahu several hours later.

The US National Weather Service said: “Rock and mudslides caused by the rainfall will be possible around or near mountain slopes.

“The heavy rain will also fall over urban areas in the lower elevations, which will be more susceptible to flooding problems.”

“Stay away from flood waters, never drive through flooded roadways and follow the direction of emergency officials.”