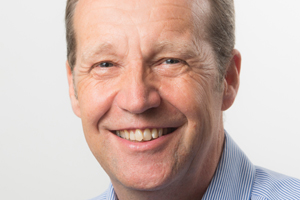 The long-haul specialist is intent on expanding its retail presence, but the MD is tight-lipped about a move into cruise. Juliet Dennis reports

If you’re on Twitter, there’s a good chance you’ve heard of Kuoni UK managing director Derek Jones, even if you don’t know him personally.

But it may surprise you that despite his love of social media – he is a prolific tweeter and has more than 1,600 followers – his passion for the latest technology does not extend to gadgets in travel agencies. He has no interest in following the trend to build a Kuoni concept store.

“Our stores are built on one concept, which is how to encourage people-to-people interaction,” he said.

“The most important thing for us is the people. We are not that interested in technology. We’d rather work out a drinks menu.”

His views are not to be taken lightly; Jones joined Kuoni in 2009 after 20 years working out the best ways to increase sales at Thomson/Tui, where he held a variety of sales, retail and distribution roles.

“Some of the concepts out there now we were talking about years ago. Self-service kiosks have been tried. The whole idea that you go on the high street to serve yourself is alien to me,” he said.

His mantra is not new – invest in your people and you will reap the rewards. But for Kuoni, which has 22 of its own high street stores and 37 independents as part or full partner stores, there is the added challenge of improving service levels of agents who aren’t its own employees. To this end, Kuoni has already held training sessions for independent agents selling large volumes.

“Changing the look of an agency is easy. How you invest in your people and change hearts and minds is tougher, but it pays back tenfold,” he added.

The company has 300 Kuoni specialists, which it proudly lists  on its website.

Its strategy to grow more formal partnerships with third-party agents, which now account for 40% of overall business, has evolved depending upon different agents’ needs, said Jones.

Full partners feature the Kuoni brand alongside their own on shop fascias, others have a brochure wall.

“It sounds like we are going out asking agents [to become partners], but nothing could be further from the truth,” said Jones.

“If someone said would you consider this? We would have a chat about it. This has come out of cooperation with agents, if it hadn’t, it would not have worked.

“We have built long-term relationships with independent agents and these relationships are as strong as ever and as important as 10 years ago.”

The industry has matured, and agents recognise suppliers are not out to “shut them down”, according to Jones. He said Kuoni had been careful not to open stores where it would directly compete with independents selling its products.

Now Jones’s focus is on the partnership with John Lewis, where he sees potential for significant growth of 20 or more stores, and sister brand Waitrose. It currently has four concessions and four due to open later this year.

He added: “It would be nice to think there are further opportunities that will arise out of partnerships with John Lewis.”

But there will be challenges, particularly where there is already a Kuoni shop near a John Lewis, such as in Cambridge, Milton Keynes and Solihull. “We will have to cross that bridge at some point,” he said.

In the short term there are other priorities for Jones, including product gaps. The recent appointment of Richard Twynam, former managing director of Virgin Holidays Cruises and Fast Track Ski, set tongues wagging.

Jones remained tight-lipped about any move into cruise, but admitted Kuoni had product gaps, including ski and UK holidays.

“These are areas that have been on the radar since I joined,” he said. And cruise? We’ll have to watch this space.