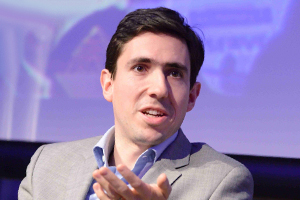 Authorities in Europe are expected to take a keen interest in the emerging New Distribution Capability (NDC) being developed by Iata.

“Airlines want to be able to retail services [fares and ancillaries] in a smarter way,” he said. “We’re on board with that, and in fact the GDSs are working with increasing numbers of airlines to make that happen.”

Klenner said concerns centred on whether NDC was being developed as something more than just a new data standard.

“It may be considered a business model which may be imposed on the business chain. That’s a concern about this,” he said.

“Rather than filing fares publicly, which can then be consulted on an anonymous basis, it might be they [Iata] intend to reverse the flow and hold the information in the airline’s system, so that when you make a request that goes to the airline you get a personalised offer.

“What does that do to transparency and anonymous shopping? Can that be reconciled with the principles of managed travel?

“We are trying to work with Iata through those issues to make it work for the entire value chain.

“People are starting to get interested and a little bit concerned. They want to know more because Iata has not been very good at communicating this initiative.

“The authorities in Brussels will look at this very carefully from the competitive angle and the data protection angle.”

“The question we would raise is if airlines take an individual approach to inquiry, they will need to gear up massively. Do they realise the implications of this on costs?”

McLeod: ‘NDC is not moving fast – we can shape it’

A leading figure in the UK travel industry played down the short-term impact of NDC but said the sector needed to work to shape the future of travel distribution technology.

Ken McLeod, corporate director at Advantage Travel Centres, is the only travel agent on an NDC steering committee set up by Iata.

“This is a long way from fruition,” he said.

“Do not forget who this is designed for: it’s for people dealing directly with the consumer or the corporate, and if they do not like it it’s not going to be used.

“Sixty per cent of business currently goes through systems which are 40 years old, so it’s not going to be adopted quickly. Let’s be honest, the GDSs are going to catch up quickly.

“It depends if you are worried about change. While NDC is not moving very fast, technology is moving incredibly fast and we have to be prepared for change. What we have to do is shape it.”

Reform of the Package Travel Directive that underpins the UK Atol system is not expected to be rushed through by the European Parliament before elections next year.

Although the European Council of Ministers is thought to be keen to proceed quickly with what is seen as pro-consumer legislation, the parliament appears to want to take its time.

This was the assessment of Ettsa secretary general Christoph Klenner, who predicted there was unlikely to be any change to UK law before 2017.

“They [parliament] want to carry it into the next term and take a year to 18 months to come up with something sensible rather than something that looks good but actually hurts the industry and does not entail real tangible consumer rights,” Klenner said.

A draft rewriting of the PTD, which seeks to expand the remit of protection, was made public in April and EU member states have started trade consultations.

But Klenner predicted no concrete proposals would be seen before January 2015 at the earliest, and that it would then be two years before the UK enacted the new directive.

Stephen D’Alfonso, head of public affairs at Abta, said: “It’s unlikely the directive will be finished before the [European] election, but it’s not impossible. Being a pro-consumer directive does not mean it has to be anti-business. We are concentrating our efforts to make sure our voice is heard wherever it needs to be.”

D’Alfonso said although the directive was predominantly a leisure travel issue, it may have implications for travel management companies that do not have framework agreements in place with suppliers.

But he added: “We are quite confident we can get the right result for our business travel members.”

HS2, the proposed £50 billion north‑south rail link, should go ahead but be better routed to serve UK’s hub airport at Heathrow, panellists said.

Despite recent controversy about the spiralling cost of the project, panellists believed it would survive the next general election, due in 2015.

Stephen D’Alfonso of Abta said the issue was one of capacity rather than speed,  and in proposing HS2 politicians were planning ahead.

Gareth Morgan, of Cavendish Communications, said Labour’s position on HS2 was “incredibly complex”, with shadow chancellor Ed Balls identifying it as a policy on which to attack the government.

But he said there was strong support among northern MPs who believe their constituents will benefit from HS2 and are “totally psyched up” to win the argument.

“There are enough big beasts in the Labour party who are for this project that they won’t allow it to be thrown under a train.”