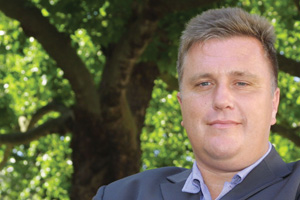 Divisions that broke out in Abta a year ago and led to a breakaway lobby group have not disappeared.

The disagreement over Abta’s stance on a revised Package Travel Directive led to the creation of the Association of Travel Agents (ATA) after last year’s Travel Convention.

ATA co-founder Steve Endacott (pictured) won’t be at next week’s convention in Dubrovnik, but he remains the figurehead of a group that includes Travel Republic, Low Cost Holidays, On The Beach, Bookable Holidays, Alpha Rooms, The Travel Network Group, Hays Travel, Barrhead Travel and On Holiday Group as members.

Abta chief executive Mark Tanzer said: “We’re in talks with ATA members who are our members. We continue to work for them.” He acknowledged: “It was a highly charged debate [last year]. There are people with strong views.”

However, Tanzer said: “They have been confused in their reaction to the PTD proposals – first it was 90% good, now it’s 90% bad.”

Tanzer agreed: “The big issue for the OTAs is Toms VAT. The EC doesn’t care about tax. But we believe agents should be able to work as agents under the directive and it should not impact on their status.” He added: “The way the directive is shaping up does broadly reflect UK thinking.”

Endacott said: “We disagree with Abta’s position: it argues ‘let’s get this through and have an exclusion for agents’. We’ve had numerous meetings in Europe. We have a lobbyist in Brussels. Abta has failed in its lobbying position. We have also failed so far. But Abta’s position is dangerous.”