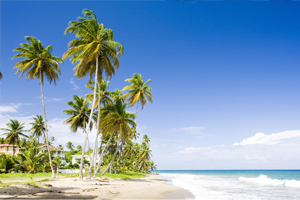 A grandmother who thought she was heading to Granada in Spain flew to the Caribbean island of Grenada due to a booking mix-up.

Lamenda Kingdon only realised the error when chatting to a fellow passenger about how much she was looking forward to visiting Spain and the woman corrected her.

According to the Evening Standard, the 62-year-old had booked through air miles travel firm Avios but a misunderstanding meant she was put on a 10-hour journey instead of the two hour flight to Spain.

The trip was on her bucket list after she was diagnosed with breast cancer and a brain tumour.

Ms Kingdon said: “After lunch and a gin and tonic I began chatting to the lady sitting next to me,” she said. “I told her how much I was looking forward to seeing the Alhambra.

“She then grabbed the elbow of a passing stewardess and told her: ‘This lady thinks she’s going to Spain’.

“I looked at the ticket and it did indeed say Grenada. I had noticed the departure and arrival times were vastly different – but I presumed that had something to do with the time difference.”

At a scheduled stop in St Lucia, she was put on a flight back to Gatwick. The following day she was flown to Spain.

Avios apologised for the mistake and gave Mrs Kingdon enough points for her next destination, New Zealand