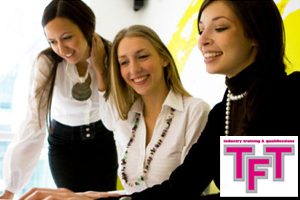 The collapse of industry training and qualifications agency Training for Travel (TFT) was described by its founder as a disaster for aspiring young managers.

The firm went into administration last week after the government’s Skills Funding Agency cut its £3 million funding even though a sale had been agreed with another training provider.

The collapse means all 55 employees have lost their jobs and 1,200 people currently taking courses have been passed on to other non‑travel‑specific training organisations.

Beverley Platt, TFT’s chief operating officer who founded the firm in 1997, said everyone associated with it was “gutted”.

She feared any talented school-leavers seeking to gain management qualifications while in the workplace might now not consider travel.

“How the UK travel sector will continue to train and develop its workforce remains to be seen,” she said. “I wish I could say I have every confidence that careers in travel will thrive in the future.

“Sadly it could transpire that the lack of regard our sector is shown by the government will mean graduates and high-calibre entrants to the workplace will look elsewhere.”

The government cut the grants which TFT depended on as it downgraded travel and tourism as a sector considered a potential source of jobs, particularly for young people.

Brian Wisdom, chief executive at People 1st, said: “With the changes the government has made to apprenticeships and other qualifications, developing critical skills has become even more complex and funding has reduced significantly.

“The government has also introduced a group of ‘trailblazers’, which will test the new model where apprenticeship framework development will be employer-led.

“We are working with key employers in the travel industry to gain ‘trailblazer’ status for the industry to create strong travel apprenticeships for the future.”

Any firm that wants to get involved in the trailblazer work can contact martine.pullen@people1st.co.uk, who is heading up the project for the sector agency.