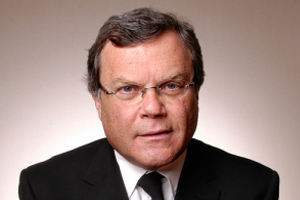 More than 100 businesses have joined a new campaign to support UK airport expansion.

The ‘Let Britain Fly’ campaign will mark a significant development in the debate over new runways in the southeast, which has so far been dominated by airports, airlines and business lobby groups.

While the campaign will stop short of backing a single solution, members hope politicians will agree on the principle that airport capacity must be expanded in the southeast to ensure Britain remains competitive, the Daily Telegraph reported.

The campaign has attracted support from some of the biggest names in the City, including Sir Martin Sorrell of WPP, Rupert Soames of Aggreko, George Weston of Associated British Foods and Next chief executive Lord Wolfson.

Sir Martin (pictured) says in the Telegraph today that capacity constraints threaten “to hamper the UK’s success as a global business centre and at the same time the ability to forge a lasting economic recovery”.

He adds: “We live in a world where connectivity is key – not only in digital but also in physical terms. This means we urgently need MPs to put our long-term national interest ahead of short-term politics”.

The campaign comes as Sir Howard Davies, chairman of the Airports Commission, prepares to publish a shortlist next month of the potential sites where extra runways, or a new airport, could be built.