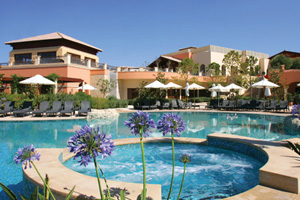 Independent agents have reacted with fury to news that Aphrodite Hills Resort Hotel in Cyprus could become a Thomson Sensatori hotel in 2015.

Agents warned they would no longer proactively sell the resort if it were sold exclusively through Thomson in the UK. One agent put the property on stop-sale.

Thomson announced it would open three more hotels under its five-star Sensatori brand for summer 2015, including Aphrodite Hills, which it said would close for refurbishment this winter.

The move provoked an angry reaction from the trade and the hotel, currently part of InterContinental Hotels Group.

The group denied a deal had been signed and called Thomson’s statement “premature”. The hotel recently hosted 50 independent agents and operators on a fam trip.

In a statement it said: “Our aim is to conclude discussions within the next few weeks, during which Thomson Sensatori will not be able to offer this product for sale in its new summer brochure or on the web.”

Agents branded the lack of clarity a “complete farce”, saying they would not sell the resort as a Sensatori hotel because

Thomson’s online discounting made it impossible to compete on price.

“Either a deal has been signed or it hasn’t,” he said. “It’s a brilliant resort, but if they knew they were going to sell it through Thomson why did they waste lots of agents’ time?”

Miles Morgan, owner of Miles Morgan Travel, added: “We will not actively promote this if it is Sensatori because nine times out of 10 the client will find it cheaper online; you lose the booking or have to match it and lose money.”

Colletts Travel managing director Roy Collett said: “If Aphrodite Hills goes down that road we just will not promote it.”

Thomson was unable to comment as Travel Weekly went to press.