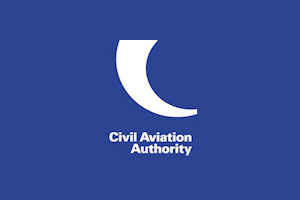 The Civil Aviation Authority has confirmed it is to end its role as a complaint handler and pass over the responsibility to an “aviation ombudsman”.

The watchdog – similar to Ofgem which regulates the energy sector – is described by the aviation regulator as a “major step forward” for consumers.

It paves the way for travellers to get “quick, fair and binding solutions” to their disputes with airlines on issues such as flight delay compensation.

“The findings of the scheme will be binding on airlines,” the CAA said.

“This has not been true of the current CAA complaints process and some airlines have continued to refuse to pay compensation to consumers despite a CAA ruling, forcing consumers to take court action.”

The authority is expected to hand handing over responsibility for air passenger complaints to ‘alternative dispute resolution’ bodies, such as the type of ombudsman-style bodies that are well established in other industries, from September.

CAA group director of regulatory policy, Iain Osborne, said: “We are moving forward with these proposals to make sure consumers get the very best level of support when in dispute with an airline.

“It can’t be right that many air passengers have to go to court to get a concrete resolution to their complaint – especially when they can easily go to an independent ombudsman with an unresolved telecoms, energy or financial services problem.

“We are not prepared to let that situation continue and moving towards an ombudsman-style approach for aviation will make sure air passengers benefit from the quick, fair and certain approach to dispute resolution that has long been the norm in other major consumer markets.”

Responding to the move, a Saga Travel spokesman said: “The introduction of an independent ombudsman will help travellers resolve complaints with airlines on issues such as flight delay compensation.

“Under the new regime the ombudsman’s findings should be final. This will hopefully put an end to the shameful back peddling by some airlines when it comes to paying compensation to hard-pressed travellers.”

The proposals follow a European directive on ADR, which requires schemes to be available to help settle any dispute that cannot be resolved though a business’s own complaint handling procedure.

The CAA will be responsible for approving all ADR schemes and for ensuring that any organisations delivering them are independent and impartial, and that passengers have access to a “simple, efficient and effective” process at low or no upfront cost.

The authority said it has already received strong industry interest in this approach and will now be working towards achieving full participation in ADR, with airlines making contractual commitments to join schemes.

However, the CAA said it is prepared to seek future legislative changes to make ADR compulsory if necessary.

Once the schemes are up and running airlines will be required to inform passengers about their participation.

The CAA is now welcoming applications from organisations interested in setting up ADR schemes ahead of implementation of an ADR Directive in July.

The authority will continue to handle complaints about disability and mobility issues for any airlines that are not part of an ADR scheme.