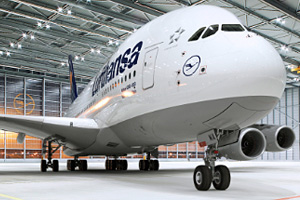 Abta is backing a formal complaint to the European Commission against Lufthansa’s plans to impose a €16 fee for all tickets booked via GDSs across its group of four airlines.

It argues that the charge “will constitute a significant price increase for consumers and will put all travel agents at a competitive disadvantage compared to the direct distribution of the airlines concerned”.

The fee is due to be introduced from September 1 covering bookings for Lufthansa and sister carriers Brussels Airlines, Austrian Airlines and Swiss Air Lines.

ECTAA said: “After a careful analysis of the alternative distribution channels proposed by Lufthansa, including the individual airlines’ websites or the LH Group-Agent platform, ECTAA and its member associations reached the conclusion that these were not efficient and viable alternatives, as they would constitute a considerable step backwards to the currently highly automated booking and ticketing processes through GDSs.”

The European agents trade body argues that the measure constitutes a breach of the EU’s code of conduct for and it filed its complaint following “detailed legal analysis” of Lufthansa’s proposed distribution cost charge, announced last month.

Abta revealed that it had met Lufthansa to discuss the issue and has been working with European sister associations to look into the legal implications of the fee.

“As well as increasing prices for consumers, the new charge could put travel agents at a competitive disadvantage,” the association said.

“Lufthansa’s June 2 announcement was made without any prior consultation and represents a step backwards for Iata agents moving away from easy connectivity, transparency and comparability of integral systems, resulting in additional time and cost to make bookings.

“Abta will continue to work with its members to keep them informed of any developments.”