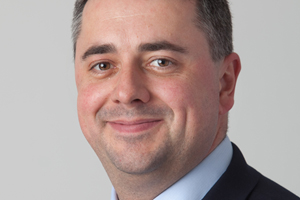 The chairman of the Airports Commission, Sir Howard Davies, has issued a withering response to Gatwick boss Stewart Wingate regarding the commission’s decision to recommend Heathrow for expansion.

Wingate (pictured) this week launched a strongly-worded attack on the decision, claiming Gatwick was still in the race for a second runway.

His critique of the way the commission assessed the merits of the rival airports’ bids for expansion came as Gatwick issued a dossier in response to the final decision.

Wingate had claimed the commission did not properly assess the positives of Gatwick’s argument and downplayed the impact of building a third runway at Heathrow.
However, Sir Howard has issued a curt response.

“This [Gatwick] dossier appears to repeat many points which Gatwick made to the commission in the course of its work and which, unsurprisingly, were carefully considered,” he said.

“They did not alter the commission’s view that Heathrow was the best option. Using colourful language, as Mr Wingate has done, does not turn weak points into strong ones, and does him and his company no credit.”

The government is considering the commission’s recommendation and said it will produce a response before the end of the year, probably in the autumn.