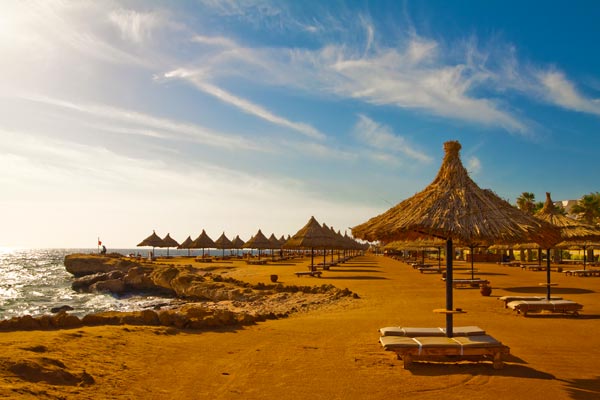 EasyJet has extended the suspension of flights to Sharm el-Sheikh until the end of May.

This means the budget airline will have stopped flying to the Red Sea resort for six months.

EasyJet and other airlines withdrew from the Egyptian destination in November on government advice following the suspected terrorist downing of a Russian Metrojet Airbus after take-off from Sharm el-Sheikh airport.

The airline said that it would not resume flights until the government’s advice changes.

“To help provide some certainty for passengers booked to fly to Sharm el-Sheikh in spring and early summer 2016, we will be cancelling all flights to and from Sharm el-Sheikh until May 27,” easyJet said.

The airline is offering alternative sun destinations where it says there is “good availability”, such as the Canary Islands, Cyprus, Malta and Morocco.

People booked on affected flights to Sharm el-Sheikh are being offered the option of arranging a voucher for the value of the original tickets that can be used towards flying to another destination or receive a full refund.

“If flights haven’t been booked directly through easyJet.com, customers are asked to speak to the travel agency they have booked with for a refund of their flights,” the airline said.

“We are sorry for the inconvenience this will cause, but we hope that being clear with all our customers at this point will provide more time and choice to make alternative arrangements. The situation is beyond our control and passenger safety will always be our number one priority.”

British Airways flights to Sharm el-Sheikh remain suspended until March 26 but the airline is offering full refunds to people booked to fly between March 28 and June 30 or the option to rebook for travel to the resort after September 15.

Thomson and Thomas Cook lights to Sharm el-Sheikh are suspended until March 23.