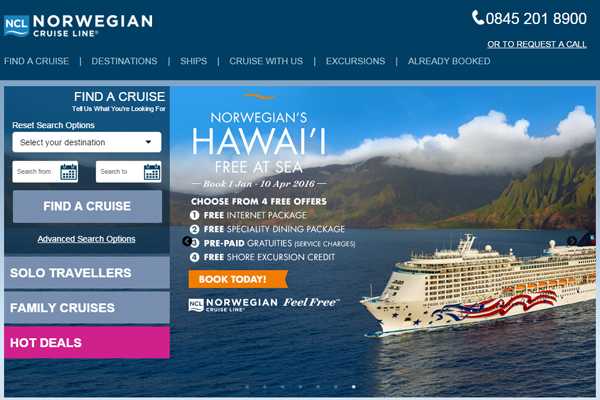 However, the company admitted seeing ”softness” in Mediterranean bookings due to security concerns as part of its 2016 outlook.

The parent of Norwegian Cruise Line, Regent Seven Seas Crusies and Oceania Cruises entered the year in a solid booked position with more than 50% of overall 2016 inventory sold.

This was “significantly ahead” of the same time last year.

The company said it is seeing this trend continue into next year where the current booked position for the first half of 2017 is about 30% higher compared to this time last year on a 5% capacity increase.The company will take delivery of two ships in 2016.

Sirena joins the Oceania Cruises’ fleet in March with its first sailing in late April following a multi-million dollar upgrade.

Seven Seas Explorer, the first newbuild for Regent in more than 13 years, will join the fleet in the third quarter.

President and cheif executive, Frank Del Rio, said: “Our strong booked position coming into the year provides us more pricing leverage during Wave season and beyond for remaining inventory than in years past.

“Our core itineraries in the Caribbean, Alaska and Bermuda are performing strongly and more than make up for softness in the Mediterranean region caused by geopolitical events and incidents in recent months which, when combined with the strengthening of the US dollar, reduced anticipated earnings for the year by approximately $0.10 per share.

“The strength in our North American destinations, as well as encouraging booking volumes for early 2017 give us further confidence in our targets of reaching double-digit return on invested capital in 2016, growing to 14% by 2018.”

Reviewing the past year, Del Rio said: “By all accounts, 2015 was a truly successful year for Norwegian – a year which included strong net yield growth driven primarily by the go to market strategies aimed at driving demand that were introduced earlier in the year and the successful launch of the largest ship in our fleet, Norwegian Escape.”