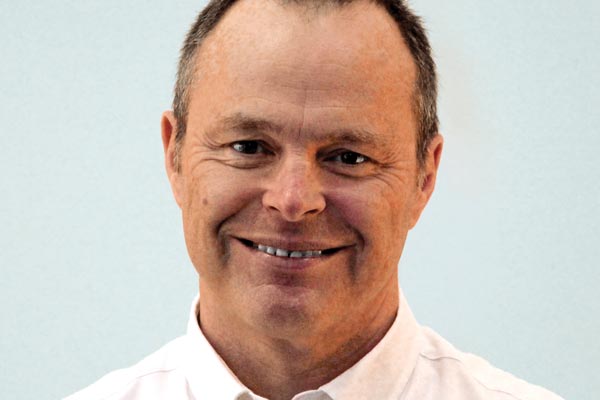 Richard Bowden‑Doyle has a “sneaky suspicion” that running activity specialist Neilson will prove to be the most satisfying phase of his career.

And that’s from a man who has been managing director of lastminute.com, Thomson and Accoladia (the short-lived joint venture between Thomas Cook and British

Airways Holidays), giving a clear indication of just how challenging but rewarding the past two years have been.

Nearly two years ago, Bowden‑Doyle took the helm at Neilson as executive chairman after helping to orchestrate the company’s sale from travel giant Thomas Cook to Risk Capital Partners for £9.15 million.

“It’s been a very interesting journey, separating the business from a large group,” he says.

“For me, this has the potential to be a career highlight. It was not an easy deal to pull off. A lot of private equity companies ran away because they thought it would go wrong. It takes a couple of years to get some stability and it’s been challenging.”

Although Neilson under Cook was not losing money, its separation left it “unable to stand on its own feet”, according to Bowden-Doyle. It had relied on its parent company for airline seats and for its reservation system.

“It’s debatable how profitable it was when we took it on,” he recalls. “It was difficult to tell; there was no clear set of accounts for the business as a whole.”

What it did have was a culture of high levels of service and holiday experience, says Bowden-Doyle. In fact, the customer satisfaction levels were so good, he was convinced they couldn’t be right.

“I had the mechanism [for recording guest satisfaction] changed and I discovered it was me who was wrong,” he adds.

One of the biggest challenges has been to increase Neilson’s margins during winter. Its shorter-duration winter ski breaks were not making as much money as its Beachclubs, where longer stays translated into higher margins.

Since becoming independent, the business has changed its winter product mix to offer a higher percentage of “controlled” properties. It secures these on mid to long-term leases and runs them as it does its Beachclubs.

Bowden-Doyle says: “We want to make more of our winter business. Last winter we controlled about 18% of our properties but this winter it is 30% to 35%. We have been acquiring [leases] and opening [controlled] hotels, and it’s paying off. We have been able to make money out of a smaller programme.

“My objective for next winter would be to get controlled properties to 50%, and we have started to look for slightly bigger, upscale properties.”

Margins are now said to be at a similar level for winter and summer, which is no mean feat, according to Bowden-Doyle.

With winter sales “going like a train”, the question Bowden‑Doyle is now pondering is by how much the company will beat its targets.

“I am one of those old-fashioned blokes who believes we are doing this for profit,” he says.

For operators to the eastern Mediterranean, such as Neilson, the summer is less predictable.

Neilson’s Beachclubs are all in Greece and Turkey. It has six in Greece and four in Turkey. Traditionally, about 60% of its business has been for Greece and 40% for Turkey, but already this year the gap has widened, with sales for Greece accounting for about 70% of bookings.

Bowden-Doyle remains confident about Greece, where Neilson’s sales have strengthened in recent weeks thanks to extra marketing and promotions.

“At this stage, I’m confident sales are looking broadly on track for summer 2016,” he says.

But he admits Turkey is harder to forecast, with two terror attacks, in Istanbul and Ankara, in the past two months only serving to dent consumer confidence.

Neilson has made much effort for summer 2016 to promote its most popular Beachclub last year, the Andriake Beachclub in Turkey.

But sales since Christmas for Turkey as a whole are down by about 40% year on year, and the operator has already “redirected” capacity to resorts where it thinks demand will be higher, while “sharpening prices” in Turkey as the market struggles.

“It’s not that Turkey isn’t selling at all,” says Bowden-Doyle. “It’s just it’s not selling fast enough to match our original plans. We will inevitably be considering alterations to our capacity plans and we’re working through our options at the moment.”

Bowden-Doyle has made no  secret of his ambition to extend Neilson’s summer portfolio beyond Greece and Turkey.

“I want a portfolio that is more balanced and inevitably you look west [to the western Mediterranean],” he says.

Italy, Sardinia, Corsica and Spain are all on his radar, he adds, but it is no easy task. “It’s quite difficult to find beds full stop,” he says. “Everyone is putting prices up to ridiculous levels.”

Bowden-Doyle adds: “For the type of property we seek, you need a certain amount of space and unfettered access to the water.”

Nevertheless, he says he is “cautiously optimistic” Neilson will have two resorts in new destinations for summer 2017.

“The ones I suspect will come to fruition are not new-builds; one is a very significant refurbishment and one is a ‘light-touch’ improvement,” says Bowden-Doyle.

“Often, we would take a lease and help [to fund] and work with the owners on the refurbishments.

“We have a cautious approach to growth but with a clear focus on the nature of properties that allow us to push margins up; the standard of the property is getting consistently better.”

Since becoming independent, Neilson has quadrupled the amount of business sold through the trade.

Its summer and winter businesses carry roughly 46,000 passengers each a year, but the proportion sold through agents is higher during winter.

On average 10% to 15% of summer sales come via the trade compared with about 50% of winter bookings.

Bowden-Doyle is the first to admit Neilson’s product is complex and tricky to explain without experiencing it, but he adds: “It takes a colossal amount of effort to drive that education of agents but our business would be smaller without them.”