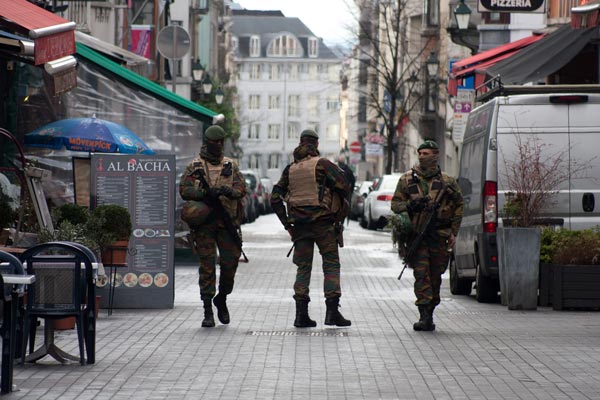 British travellers to Brussels have been put on alert due to an ongoing anti-terrorist raid linked to the Paris attacks in November.

Four police officers were wounded and a suspect armed with a Kalashnikov was shot dead outside an apartment in the Forest suburb of the Belgian capital yesterday.

Up to two suspects are thought to be on the run after the police raid.

The Foreign and Commonwealth Office said in an updated travel advisory: “There is an ongoing police operation in Rue Du Dries in Forest, Brussels.

“You should avoid the area and follow the instructions of the security authorities.”

The FCO said Belgian security operations “are likely to be carried out at short notice” as the whole country was placed on “possible and real threat” alert.

“If you’re in an affected area you should follow the instructions of the Belgian security authorities,” the FCO said.

“Police have asked the public not to comment on police operations on social media.”

Some public events may be cancelled and tourist attractions closed.