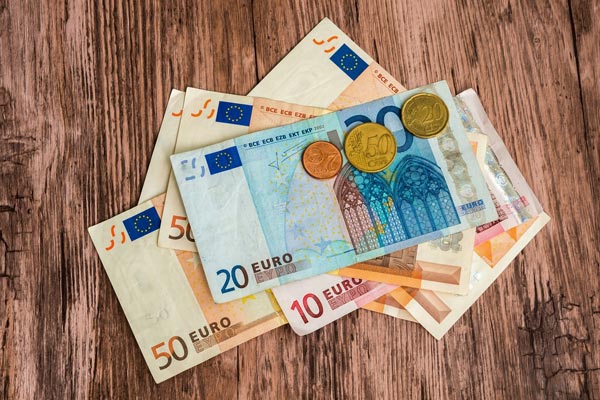 Price rises in European beach resorts this year due to the weaker pound are not as bad as first feared, data released today shows.

Local prices for meals, drinks and other tourist staples have been cut or pegged to cushion the blow, with the greatest falls in Cyprus, Croatia, the Algarve, Bulgaria and Turkey, according to Post Office Travel Money’s latest Holiday Costs Barometer.

The 10th annual survey of costs for UK tourists reveals that price rises could be lower than expected at resorts in Spain, Portugal, Cyprus, Greece, Bulgaria, Croatia and Italy.

Andrew Brown, of Post Office Travel Money, said: “There is no escaping the fact that sterling is weaker this year than last, resulting in price rises in 80% of resorts surveyed.

“However, looking back to previous years, European resort costs have still fallen quite significantly in the longer term.”

The biggest price falls were found in Cyprus, which registered a 23% drop in the cost of items surveyed compared with 2014 and a 45% fall since 2011.

Limassol was also one of only three European resorts to emerge as cheaper than last year. At £51.82 its basket of 10 staples – comprising meals, drinks, suncream, insect repellent and newspaper – costs more than 7% less than a year ago.

This makes it third cheapest in the survey of 20 resorts, beating the Costa del Sol (£52.65) for the first time.

Sunny Beach in Bulgaria remains Europe’s bargain destination for the third year running, mainly due to low meal prices – less than £7 for a two-course lunch for two and under £22 for a three-course evening meal with wine.

Despite a 9.3% year-on-year rise in its barometer total to £41.55, Sunny Beach prices are 23% lower than five years ago and almost 12% cheaper than its closest rival, the Algarve in Portugal.

However, the Algarve offers the best value in the eurozone. At around £47 for the 10 barometer items, local price falls mean overall costs are only 5% higher than last summer despite the weakening of the pound.

Portuguese prices have plummeted since 2014 by 17% and UK tourists visiting the Algarve will find costs 28% cheaper than in 2011.

Local prices in the Costa del Sol remain at last year’s levels and an 8% rise in costs relates purely to the weaker exchange rate (£52.65).

However, with packages to Spain selling strongly after falling demand for Turkey, there has been speculation that prices may rise.

If that happens, travellers could head north to the Asturias region, where package and resort prices are low. The barometer total is £61 in Gijón.

Holidaymakers can also save themselves money in the Costa Blanca where resort prices have fallen almost 6% since last year to £62.29.

The Greek islands also look to represent good value with Crete having a barometer total of £63.16, following Zante (£64.65) and Kefalonia (£68.49). All are cheaper than Corfu, where higher resort costs have combined with the weak pound to make tourist staples more than 14% more expensive this year at £72.26.

Porec in Croatia’s Istria peninsula has lower resort prices (£65.19) than Zadar (£75.65) further south, where prices are 16% higher. However, prices have dropped 30% in five years in Croatia, the second highest fall of destinations surveyed.

But Ibiza emerges as most expensive in the Balearics and the highest-priced of the 20 beach resorts surveyed. At £113.69, prices in Ibiza are 53% higher than in Menorca.

Sorrento (£96.91) is the third resort where the Post Office found price falls, although the Italian resort remains one of the most expensive surveyed, only a few pence cheaper than Nice at £96.99.

Brown said: “The pound may be worth less in Europe than a year ago but our research suggests UK tourists who choose destinations carefully could find resort prices lower than expected.

“However, sterling could be affected – positively or negatively – by the EU referendum vote. For those still at the planning stage, it will be wise to compare prices for tourist staples in resorts you are considering before booking. This could make all the difference to how far the holiday budget will stretch.

“Budget carefully and take enough cash to see you through as the cost of changing money abroad on a debit card could pack an unpleasant punch when you get your bank statement.

“Our latest research found that the average resort spend is over £500 so it makes sense to take at least that amount with you to avoid running out of cash – especially as there are improved rates for higher value transactions in our branches or online.”