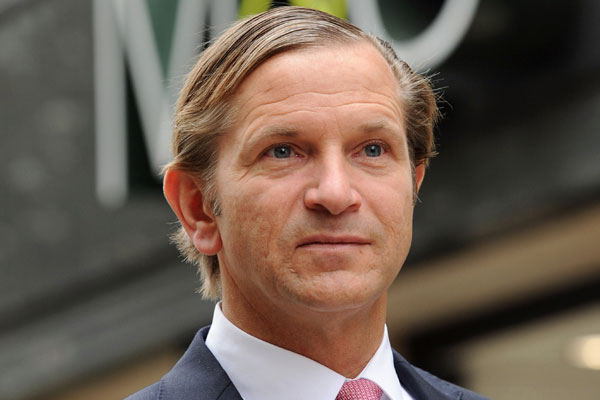 Bolland’s appointment is due to be rubber stamped at an IAG  shareholders meeting in Madrid in June when deputy chairman Sir Martin Broughton and Cesar Alierta Izuel, chief executive of Spanish firm Telefonica, are to stand down for personal reasons.

IAG said: “Revenue trends in quarter two have been affected by the aftermath of the Brussels terrorist attacks, as well as some softness in underlying premium demand.

“As a result, IAG has moderated its short term capacity growth plans.

“The group also expects to reduce its underlying ex-fuel unit costs for the full year by around one per cent. Consequently, in 2016, IAG still expects to generate an absolute operating profit increase similar to 2015.”

Chief executive, Willie Walsh, said: “We’re reporting an operating profit of €155 million before exceptional items which is up by €130 million compared to last year.

“This is a good performance with a strong increase in what is traditionally the weakest quarter.

“January and February’s revenue was in line with Q4 2015 trends. March revenue was affected by the timing of Easter and the Brussels terrorist attacks with the latter continuing into quarter two.

“Our productivity has improved 5.9% and the underlying non-fuel unit costs performance continued to show improvement across our companies.”