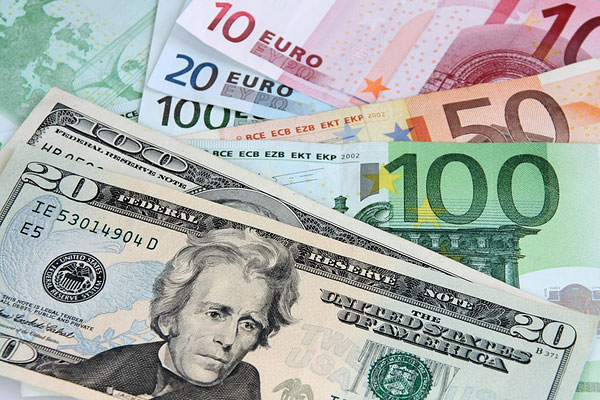 Travel money outlets are reported to have come close to running out of cash amid a surge in demand for dollars and euros ahead of the EU referendum.

Concerns that a Brexit vote could hit sterling saw long queues form outside bureaux de change across the country as Britons locked in exchange rates before today’s poll.

The Post Office, which processes one in four of all UK foreign exchange transactions, said currency sales jumped 74% year-on-year on Tuesday, with branch sales up 49% and online demand 381% higher, the Daily Telegraph reported.

There are fears that the value of the pound could drop by as much as 20% within hours if the UK votes to leave the European Union.

Mike Cooke, chief executive of Currency Exchange Corporation, said it planned to increase stocks of dollar and euro notes by 80% overnight in response to high demand.

“Everybody is buying their foreign currency now; they don’t want to wait until tomorrow,” he told the newspaper yesterday. “At one stage today we were virtually sold out of euros and dollars at every branch.”

The company, which operates 38 branches in London, said stocks had been replenished stocks in anticipation of strong sales today.

“Most people that come into our stores are going on holiday in July or August and are buying half of what they need now,” Cooke added. “They don’t want take a chance because if we decide to leave [the EU] the markets are saying that the euro and dollar will get significantly stronger.”