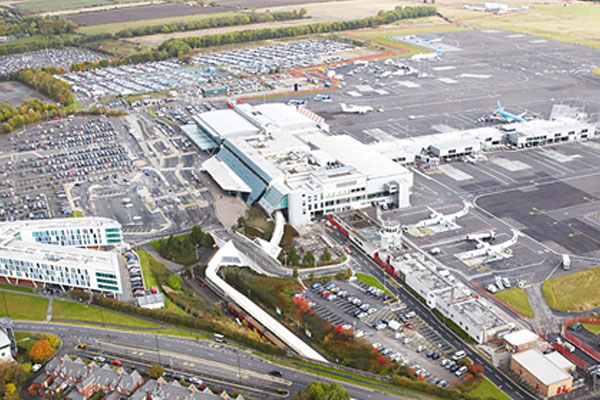 Luton airport has been ranked as the worst in Britain in a poll of travellers carried out by flight search specialist Cheapflights.

The London-area airports of Gatwick, Heathrow, Stansted and Luton all came in the bottom five out of 15 airports reviewed in the study alongside Birmingham.

Newcastle airport was rated top with the highest levels of passenger satisfaction, followed by Edinburgh, Liverpool, Cardiff and Glasgow.

The independent study of 2,550 holidaymakers was conducted last month, ranking airports by a range of criteria from the shopping experience, general cleanliness, Wi-Fi access and the bar and restaurant selection to the speed and ease of passing through security, the check-in process and the toilets.

Luton came bottom in every category apart from one – only Stansted was rated to have worse Wi Fi access.

Birmingham joined Stansted and Luton as the airports with the poorest toilets. Newcastle topped the categories for cleanliness, toilets, check-In, family-friendly facilities, immigration and airport lounge.

Edinburgh and Glasgow were well-liked airports and scored highly overall, but did not top any categories. Manchester was top for shopping and bars and restaurants. Cardiff was seen to have the most friendly staff and was rated top for passing through security and Wi Fi access.

He added: “Our research reiterated once more that the airport experience remains among the most stressful aspects of going on holiday. A third of Brits actually cite it as the most taxing aspect of planning and taking an overseas holiday.

“However, those using the smaller regional airports, where the sheer volume of human traffic is lower, find the whole experience less stressful than those passing through the big hubs – with only 11% of regional airport users identifying anxiety as their primary emotion as they head to the airport.

“On the whole though, our airports are happy places to be – arriving at them is where 30% of Brits feel ‘holiday mode’ kicks in – and is also where the majority of us post the first of our social media ‘travel brags’ as the excitement begins.”

“Many holidaymakers jetting off this summer will also have concerns about how Brexit will impact their travels.

“Little will have changed immediately other than the value of the Pound. Travellers to Europe won’t need a visa or a new passport, they won’t have to queue in a different line to EU Nationals and they can still bring back unlimited shopping from EU countries for personal use.”