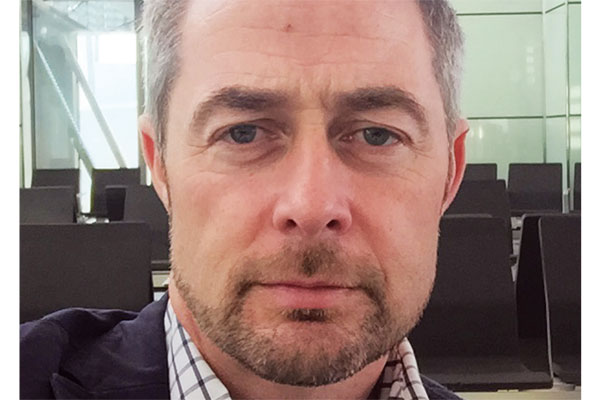 When companies are sold, more often than not they go to the suitor who puts the most cash on the table. Not Cruise.co.uk.

After finalising the deal to sell the online cruise specialist for £52 million to Bridgepoint Development Capital, chief executive Seamus Conlon revealed he didn’t opt for the private equity firm that put in the highest bid.

Instead, the travel agency opted for Bridgepoint because of its prior knowledge of the cruise industry – it owned French cruise brand Ponant between 2012 and 2015 – and its record of expanding businesses throughout Europe.

Conlon believes the two businesses will work well together and will catapult the agency “to the next level”.

Bridgepoint bought the OTA from Risk Capital Partners. During Risk’s three years of ownership, Cruise.co.uk averaged 23% growth in sales revenue a year, although the figure dipped to 15% in 2015, when turnover was £104.5 million.

Conlon says the new investors will help stimulate further growth in the UK market and accelerate plans to expand across Europe.

“We needed a much bigger investor for our long-term plans,” he says. “This is the third private equity investor we have had in the business. We want to do bigger things, make bigger acquisitions and Bridgepoint is known for that.

“They used to own Ponant and that has made them a lot more familiar with the cruise sector.

“They are also used to the ageing demographic.”

Conlon says there was “huge interest” from private equity firms wanting to snap up Cruise.co.uk and it was widely reported in the national press that it attracted several offers over £50 million.

He attributes this to a growing interest in the cruise sector and the older demographic it appeals to. But he believes the main attraction is the agency’s business model, which is heavily focused on social media, particularly Facebook.

Each of Cruise.co.uk’s consultants has their own Facebook profile, which they are encouraged to use to build their own community. Conlon believes that this is what separates his business from other “vending machine-style” OTAs.

“We are very different from our competitors,” he says. “Social media is a big differentiator that separates us from other OTAs. Nobody in the cruise sector is adopting the same approach we have. We’ve created a community as opposed to being a vending machine, which is what other OTAs focus on being.

“You tend to have two types of models – the Expedia and Booking.com vending machine, or the TripAdvisor community. We are more in the TripAdvisor scenario when it comes to encouraging people to come to our website. Others just spend a lot of money on pay-per-click (PPC) advertising,” he says.

Despite less than 10% of Cruise. co. uk’s traffic coming from PPC and the majority coming from Facebook, Conlon admits the agency still spends more on Google than the social media site. However, he insists that will change in the next five years and more will be invested in Facebook.

In February, Conlon told Travel Weekly he was planning to break into a number of English-speaking markets. So far Cruise.co.uk has expanded to Ireland and Australia, and is close to setting up in South Africa.

But the strategy has since broadened and the investment from Bridgepoint has led Conlon to believe the firm could move into non-English-speaking European countries.

“Now we have an investor like Bridgepoint behind us we can expand in markets that aren’t just English-speaking,” he says.

“Our technology is portable and our know-how is portable, but the content will need to be created to match each market.

“We have been in conversation about some acquisitions [in Europe]. I want to at least double the number of markets we operate in within two years.

“There was more money offered from other companies, but we went with the one that offered an international perspective. Bridgepoint has a very successful buy-and-build strategy.”

Along with the announcement of the investment came news of senior departures from the Cruise.co.uk.

Chairman and cruise industry stalwart Andrew Gardner, who founded Victoria Travel (the original incarnation of Cruise. co. uk) in 1984, and Sukie Rapal, who led the initial online and international expansion strategies, have left the business to explore other opportunities.

“I need to give special thanks to Andrew and Sukie who have been instrumental in our success to date,” says Conlon. “Andrew persuaded Carnival Corporation to allow us to buy the company back in 2007, and explained the world of cruising to me.

And Sukie executed our initial social, user-generated content and web strategy, which is the bedrock of our current success. Both have decided now is a good time to leave the business and explore other opportunities, but they were key to our success.”

Tony Andrews, commercial and product director, has joined the board and will take over Sukie’s responsibilities for commercial operations in Ireland and Australia, in addition to his UK remit.

The UK management team was strengthened in recent years with the additions of online director Kevin Milnes, who joined from National Express, and finance director Steve Bacon, who joined in 2013. Bacon previously worked for Gold Medal and was instrumental in its sale to Thomas Cook in 2009.

“Our management team is in perfect shape to lead Cruise. co. uk into the future,” Conlon adds.

Conlon, one of many former Airtours bosses who have gone on to successful careers in other travel firms, says he has always had one ambition – to run his own business and grow it into “something special”.

He started in travel as a trainee accountant for ILG Travel, but quickly moved up the ranks after joining Peter Long’s startup Sunworld Holidays in 1991. From there he went on to join Airtours as head of product and commercial before eventually becoming managing director in 2001.

After a stint leading TV Travel Shop when it was purchased by Expedia, Conlon eventually made his entrepreneurial dreams a reality when he bought into Victoria Travel from Carnival Corporation and established Cruise.co.uk.

Last week was a milestone for Conlon. He describes the sale of Cruise.co.uk to Bridgepoint as “vindication” for his decision to move out of the “mass-market tour operating” sector in favour of doing his own thing.

“I was never completely comfortable in a corporate environment,” he says. “And I don’t think they were comfortable with me either. I always wanted to do my own thing and grow something.

“I’m really happy at where the business is now, but I still think, and I always will think, that there is a huge amount of opportunity and things we can still do.

“That excites me because we can take the business to the next level again and again.”