I have certainly seen an upturn in the enthusiasm for travel in recent weeks and made a few decent bookings, but when I see reports of thousands of bookings being made I wonder where this is?

It definitely isn’t in my shop!

We all welcome the government’s talk of a ‘simple’ and ‘balanced approach’ to pandemic travel following much confusion over the past 18 months. It’s been a nightmare at times trying to get correct information, not to mention the fact it can change daily. All we want is a clear and consistent system.

Recently, we booked a Guernsey trip for a couple with Jersey-based Airways Holidays, who were very helpful.

The clients were planning to visit family they hadn’t seen for two years. Both double-vaccinated, they were made aware of all the restrictions for transiting through Jersey, which has different rules to Guernsey.

All was going well until five days before departure when we received a call from Airways to say the return flight from Guernsey to Birmingham via Jersey had been cancelled by Blue Island. Instead, they were offering an overnight stay in Jersey – but that meant the clients would have to take a Covid test on arrival in Jersey and, if positive, would have to isolate at their own expense.

“It then transpired that Jersey authorities changed their minds and said transiting passengers would all need to be tested on arrival.”

As you can imagine, this was not acceptable, so it was back to the drawing board. It was very hard to find another flight as they were changing constantly, but eventually we found one the following day and booked it at no additional cost.

Two days later (and three days to departure) I received a call from Airways with confusing messages about the transit through Jersey. Originally, they’d said all passengers would be given a pass from the airline to catch their onward flight, which departed half an hour later, and no test would be needed. It then transpired that Jersey authorities changed their minds and said transiting passengers would all need to be tested on arrival and, if negative, would be allowed to continue with their travel. This seemed ridiculous as there would be no time to get the results before the onward flight.

Can you imagine trying to explain this to a client? I felt sorry for the girl at Airways as she was desperately trying to explain this to me, but it didn’t make sense. No one knew exactly what the rules were. We tried checking all the websites we could to get the correct information but the Jersey authorities kept moving the goalposts. It shows something when even the tour operator doesn’t have the answers.

The client was getting very upset. In the end, he was so stressed he said he wanted to cancel the trip as it was all too much!

“I felt sorry for the girl at Airways as she was desperately trying to explain this to me, but it didn’t make sense. No one knew exactly what the rules were.”

I have to admit I didn’t blame him. It was the most ridiculous situation I have come across.

The booking was cancelled at very short notice and we did all we could to get his money back for him, but he still lost some of it.

Thankfully, he has booked another trip with us and does not apportion the blame to us, but I wonder how many other people have been caught out like this? 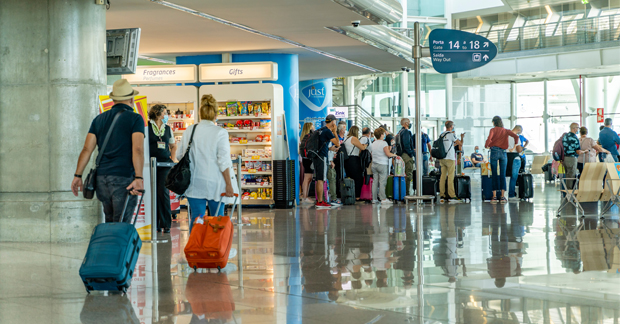 So much for Faro’s vetting

The manager of the local post office told me about his son and wife’s trip to Faro. To comply with Portuguese guidelines at that time, they had been expecting to have to self-isolate for two weeks on arrival. After landing, they were anticipating being whisked off to a government hotel for testing and isolation – but nothing of the sort happened. After passport control, they proceeded to the baggage reclaim area.  Apparently, there was no one in authority in the airport. They walked straight out to the taxi rank and off to their resort. The son called his dad to say at no time did anyone contact them or stop them.

Jet2 returns to Turkey from today